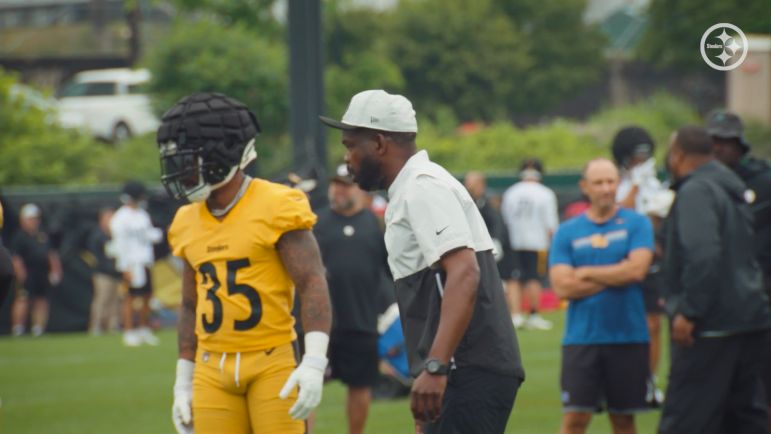 Reasoning: Although his roster spot is not etched in stone, veteran defensive back Arthur Maulet is coming into training camp ready to work, posting images that show him to be in excellent shape and prepared to fend off competition for his job.

Cameron Sutton, Ahkello Witherspoon, and Levi Wallace are the Steelers’ starting three cornerbacks. Behind them, presumably, is James Pierre as the cornerback with the most secure roster spot. After that, it gets somewhat up in the air, but Arthur Maulet is probably just inside the roster bubble.

The fact that he is a slot defender helps, because Witherspoon, Wallace, and Pierre are not. If he makes the roster, Justin Layne is not, either. The Steelers do have some safeties in Tre Norwood and Damontae Kazee who are capable of lining up in the slot, but Maulet is the most natural slot cornerback behind Sutton.

The good news for Maulet is the fact that he isn’t taking anything for granted. He’s really put in the work this offseason if his social media is anything to go by, as he appears to be in great shape…what one might be inclined to describe as “the best shape of his life”.

The Steelers originally signed him to a one-year contract last year, and they were pleased enough with what he was able to deliver during the season that they signed him to a modest two-year contract this year that is worth a little under $2 million per season. That’s really not a bad little chunk of change at all for a depth guy.

Chances are good that Maulet won’t play much on defense this year except in the event of injuries, with Sutton playing the majority of the slot snaps, but he is also more than capable of being a contributor on special teams, so he doesn’t have to worry about being idle, and if he’s on the team, he’s probably getting a helmet.