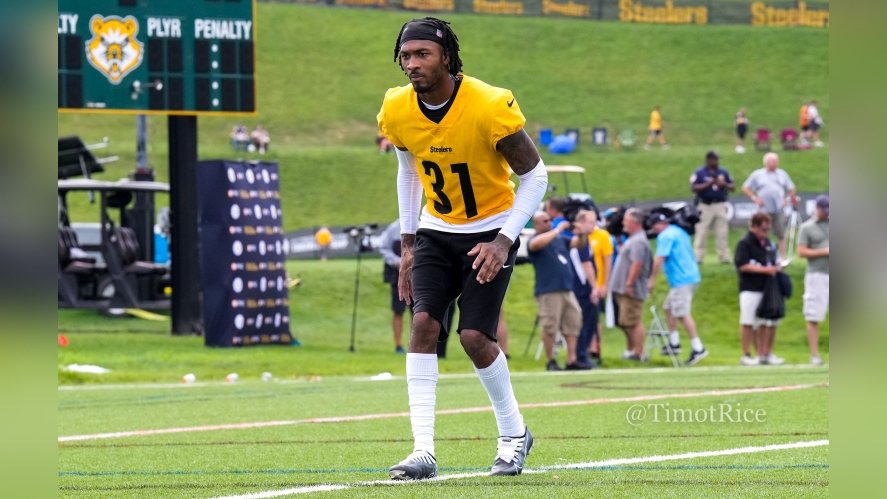 Reasoning: The fourth-year veteran cornerback is in a battle for a roster spot to close out his rookie contract, now facing more pressure than ever, but based on reports, he is at least off to a fine start in the early days of training camp.

The Steelers drafted Justin Layne in the third round in 2019 understanding that he would be a project player. He never played defense before he got to Michigan State, and on top of that he declared for the draft as a true junior. Even to this day, entering year four, he really hasn’t been playing cornerback very long, all things considered.

But certainly whatever leeway he may have been granted in years prior would be long gone by now. He is a fourth-year veteran, and would be fully expected to hold his own in any role they could reasonably ask of him. If they don’t trust him enough to put him on the field at cornerback, then they don’t need him on the roster.

The good news is that, at least so far through four unpadded practices, he has been showing up pretty well. The bad news is that we’ve heard this story before. It’s not abnormal for players who are naturally physically gifted to be able to perform better in practice settings than under game circumstances.

With that being said, the simple fact of the matter is that we really haven’t seen Layne play much in some time. He logged all of 28 defensive snaps last season, and those came only late in the season after James Pierre was benched.

Now there is a reasonable possibility that he and Pierre are battling for one roster spot, given that they are likely carrying five safeties, with Tre Norwood, Damontae Kazee, and Miles Killebrew being the reserves.

At cornerback, you have Cameron Sutton, Ahkello Witherspoon, Levi Wallace, and seemingly Arthur Maulet as your top four. If you carry 10 defensive backs, that leaves you with one open spot left after factoring in the starting safeties. Time will tell how many bones there truly are for these dogs.