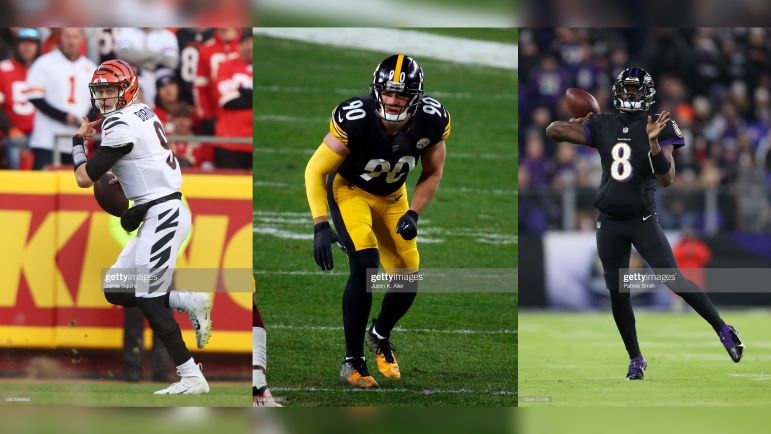 Question: Who is the most valuable player in the AFC North?

There are two primary faculties involved when discussing athletes and relative skill. You have pure individual skill, detailing how good somebody is at what they do, but you also have positional value, acknowledging the simple fact that some players by the nature of their role have a larger impact on the game.

When it comes to football, the quarterback position dominates in terms of value, but that’s not to say that a truly transcendent player at another key position, such as a pass rusher, couldn’t be regarded as better. Many believe Aaron Donald, for example, is the player you would want to start a franchise with right now—or maybe five years ago, anyway, considering his age.

When we put the microscope on the AFC North, we do actually see that some of the best players in the division do happen to be quarterbacks. Lamar Jackson of the Baltimore Ravens has already been a unanimous league MVP before. Joe Burrow looks like he could be the real deal, as well.

Yet the Steelers also have the reigning defensive player of the year in T.J. Watt. I think we can dispense with the formalities and just say that these three players are the contenders for the title of most valuable player in the AFC North.

So which is it? Let’s say you’re starting a franchise right now with all of the players on these four teams’ rosters. Who is the first player that you assign a jersey number? How likely are you to go with the star pass rusher? And if you don’t, which quarterback do you take—the more traditional passer, or the more dynamic talent who’s begun redefining the position itself?