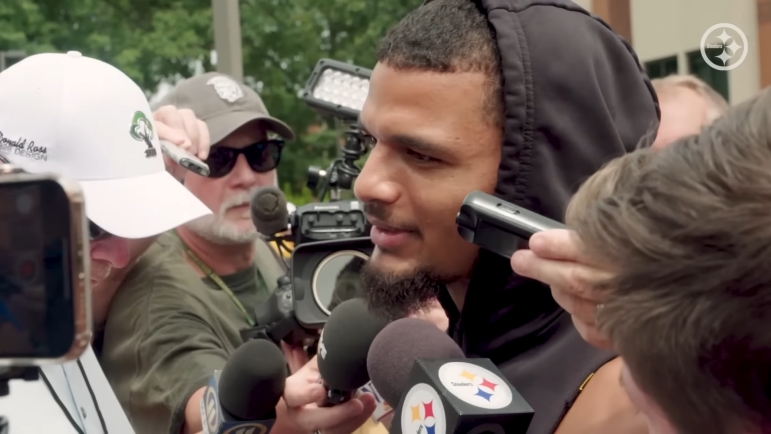 Question: Is Minkah Fitzpatrick’s wrist injury anything to be concerned about?

Head coach Mike Tomlin announced during check-in day at training camp that Tyson Alualu would be going on the Active/PUP List, and also that Minkah Fitzpatrick would be placed on the Non-Football Injury List. He is said to have sustained a wrist injury while bicycling during the break, but Tomlin recorded it not to be serious.

It probably isn’t. But wrist injuries can be tricky. And it was apparently enough to get him on this list, even if it is out of an abundance of caution. I would guess that Fitzpatrick won’t be on the list for long, and certainly his status for the season opener shouldn’t be considered to be in jeopardy just based on what we have already been told.

But having a wrist injury can affect your game without necessarily limiting your availability. You can function with pain in your wrist, but it can be a nuisance, and can make some things more difficult to do. Without knowing anything more than ‘Fitzpatrick has a minor wrist injury’—and, you know, not having a medical degree or anything like that—it’s hard to say more.

But I’m sure there were more than a couple of people whose ears perked up when Tomlin said that about Fitzpatrick. It’s probably nothing. But you never know.