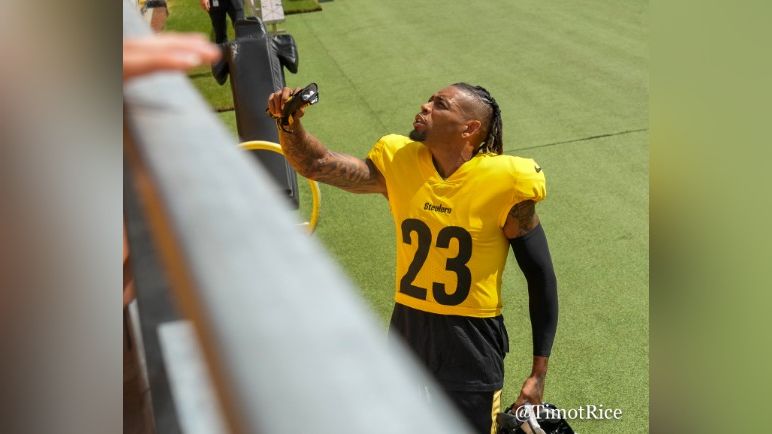 Question: Is Joe Haden planning to play or retire?

Joe Haden is undoubtedly one of the great cornerbacks to play over the past dozen years. Basically, if you disagree, you’re wrong. The former first-round draft pick has 29 career interceptions with 155 passes defensed, and has always been a well-rounded defender, with the ability to adapt his skillset as he aged.

But he’s now 33 years old, and there haven’t been any really obvious indications that he is about to sign with anybody. Apparently, some members of the Buffalo Bills would like to see him play and step in where Levi Wallace was, but the team hasn’t shown any signs of interest.

Meanwhile, he crowdsourced a composite image of himself in wearing the uniforms of the only two teams he’s ever played for professionally, neither of whom it appears that he will be playing for this year. For a tattoo, which is kind of permanent.

That has been taken by many as some sort of indication that he’s planning to retire, as getting a tattoo of yourself that is kind of a capstone of your career tends to be something one does once it’s over. Yet he’s still working out and everything.

Last year he even wanted to get an extension from the Steelers, before realizing he wasn’t going to get it, and then changed his story to choosing to test free agency. He hasn’t been signed, obviously. It doesn’t seem like he’s getting the sorts of offers he’s willing to play for.

So what’s next? Will there be another team for Haden in 2022, or will he call it a career? He doesn’t have to make a decision now. He could sign in-season if injuries arise. But even if this is the end, it will have been a very fine career.