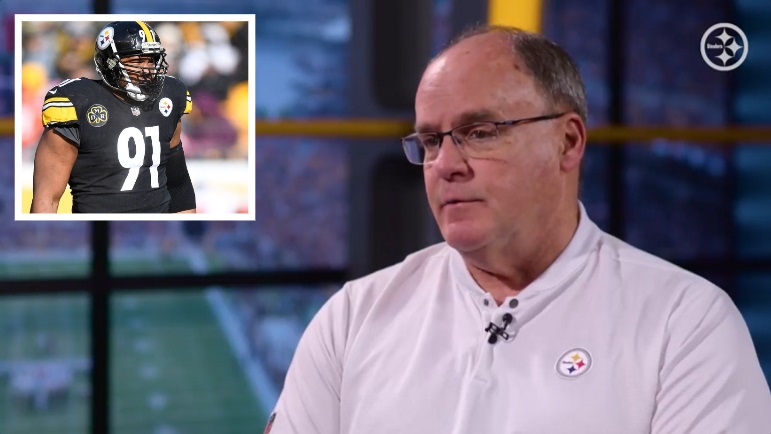 This past week was an eventful one for the Pittsburgh Steelers and not just because their second week of OTA practices took place. It was eventful because defensive end Stephon Tuitt announced that he is retiring from the NFL at the age of 29. On the heels of Tuitt’s retirement announcement on June 1, a lot of Steelers fans are now bemoaning the timing of his decision. In short, many seem to feel like he left the team high and dry midway through the summer and thus handcuffed the organization when it comes to them attempting to replace him. Personally, I don’t see that way at all, and I will explain why.

For starters, there seems to now be rumors surfacing that the Steelers have known for a few months that Tuitt wasn’t likely to resume his career and that the front office was hoping he might change his mind as a result of him having extended time to think about it, or possibly having several of his teammates pressure him to play one more season. Some or all of that might indeed be true.

Assuming some or all of those rumors are true, it really still made sense for the Steelers, and Tuitt for that matter, to wait until June 1 for a final decision on his future to be made. Why? Because even had Tuitt decided to retire months ago, the Steelers still likely wouldn’t have moved him to the Reserve/Retired list until June 2 so that they could take advantage of spreading his dead money hit out over two seasons via a post June 1 transaction. After all, the team wasn’t in dire need of salary cap space during the pre-training camp part offseason so they could afford to carry his 2022 base salary of $9,048,560 up until now. The only thing the that the Steelers lost out on by carrying Tuitt through OTAs was one roster spot on their active 90-man unit.

So, what about being able to address possible Tuitt replacements? Personally, I don’t believe that the Steelers have been just sitting back waiting for Tuitt’s decision when it comes to that. After all, the team did draft DeMarvin Leal in the third round of the 2022 NFL Draft. Leal, if you paid attention to the pre-draft process, was easy to peg as a possible defensive line target due to defensive line coach Karl Dunbar being present at the Texas A&M pro day. In short, nobody should have been surprised that Leal was drafted and especially with Tuitt’s future effectively being up in the air this offseason.

The drafting of Leal aside, the Steelers still could have attempted to address a free agent defensive lineman at any point throughout the offseason. They didn’t, at least to the best of our knowledge, outside of re-signing Montravius Adams to a two-year contract in the middle of March. Remember, Tuitt still on the roster aside, the team still had plenty of salary cap space to use on a higher priced free agent defensive lineman from the middle of March and on. If they felt the need to, and even if they thought Tuitt might ultimately decide to play, they could have gone that route and even after drafting Leal.

As we sit here today, the Steelers now have six defensive linemen under contract that are likely to make the 53-man roster if they all stay healthy this summer. That list of players includes the likes of Cameron Heyward, Tyson Alualu, Chris Wormley, Isaiahh Loudermilk, Adams and Leal. They usually only keep six on their 53-man roster, by the way, so had Tuitt ultimately decided that he wanted to resume his career this summer, the list of 53-man roster candidates would have been seven for six spots. So, it makes sense that they haven’t added an experienced outside free agent to date. Will they at some point moving forward? It probably depends on if a serious injury happens.

In closing, there’s no reason to think that the Steelers were effectively held hostage this offseason by Tuitt and especially with the timeline of events magically concluding on June 1. It’s no coincidence that Tuitt was placed on the Reserve/Retired list on June 2, a key date on the NFL calendar, and just one day after he made his decision known. Looking back, June 1 was likely a line in the sand that was collectively drawn by both sides earlier in the offseason. It gave Tuitt extra time to really think about his future. It also gave the Steelers time to plan their future knowing that he might not be part of it, which was ultimately the case.