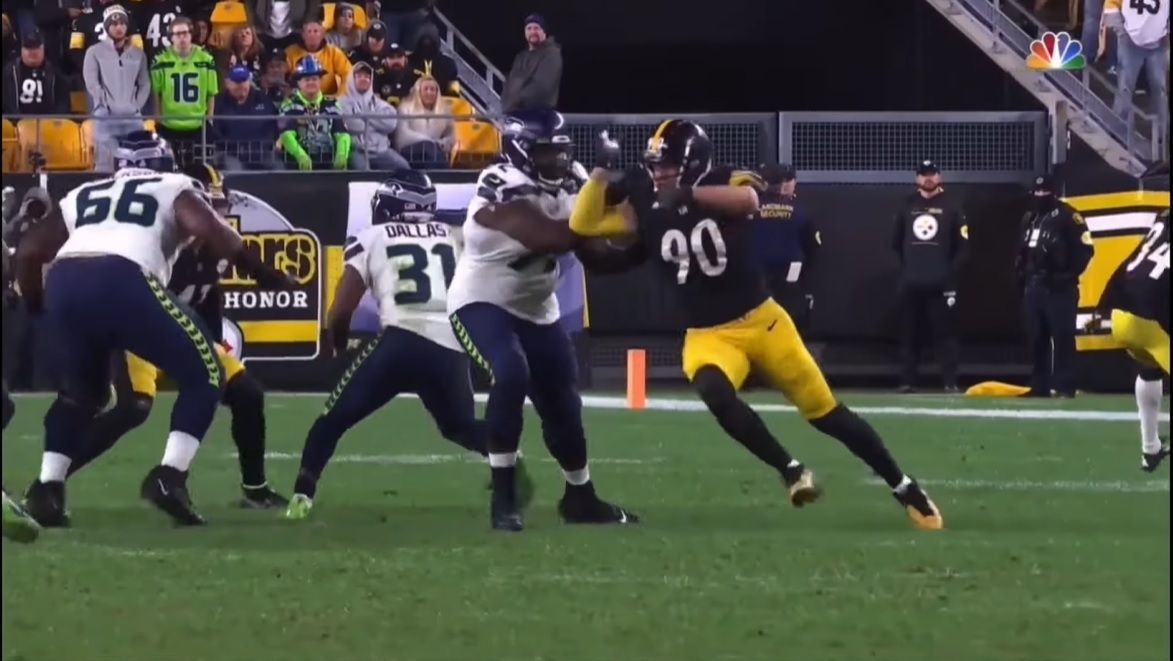 Bringing you guys another video today. Recently, we broke down TJ Watt’s third/fourth down pass rush moves and his success rates. By far, the move he used the most often, and the one who won with the most, was his rip move. We’ll take that study and put it on tape today, breaking down the two games that move was especially dominate: Week 1 versus Buffalo and Week 17 against Cleveland.

We’ll break down his hand usage on the move and go through clips of him winning with it, explaining the traits that make it so effective.

As always, let me know your thoughts in the comments below. And thanks for watching.