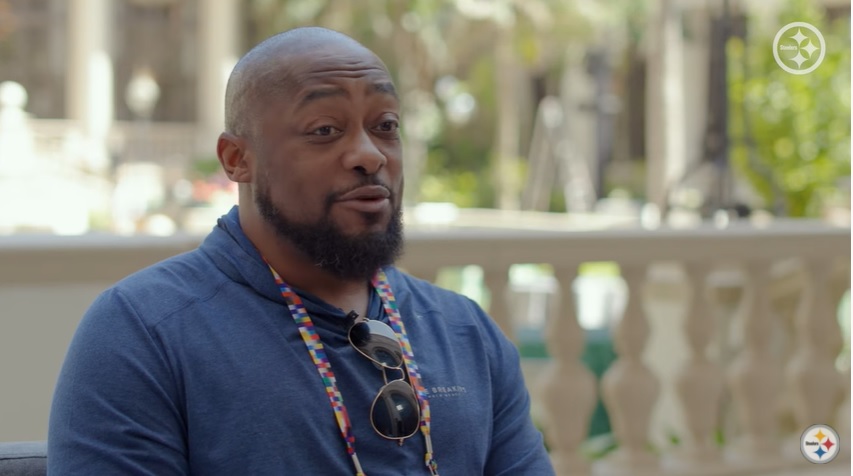 Mike Tomlin hasn’t had any glaring issues when it comes to enlisting talent this offseason. New defensive tackle Larry Ogunjobi is the latest example of that after he signed a one-year deal with the team back on June 21st. Tomlin’s pitch has been described as fairly simple, and it sounds as though it ties in with the type of coach he’s come to be known as. He’s not going to mince words, which a lot of players are going to appreciate. Ogunjobi spoke to Tomlin’s recruiting pitch in an interview on SiriusXM NFL Radio’s Movin’ The Chains.

“He just kept it real. I think that’s the best way to describe it,” said Ogunjobi. “He’s just a real dude. He’s not gonna play with you. He’s not gonna mess around. He’s gonna keep it 100. And I think that’s really important, especially in this league, having somebody that is just gonna talk to you like a man, tell you what it is and we’re gonna build a relationship organically. None of the fluff, none of the, this and that, let’s build this as men and organically and see where this thing goes. So once again, I’m excited.”

It makes sense that the pitch didn’t have to be complex. Tomlin has seen plenty of the veteran through his first five years in the league, with Ogunjobi spending his first four years in Cleveland and last year in Cincinnati. And while in past years Tomlin might have had to suppress reaching out to free agents simply due to a lack of money to spend, there was no such issue this year.

He’s taken full advantage of that luxury, especially on the defensive side of the ball, re-signing Ahkello Witherspoon and Terrell Edmunds and adding cornerback Levi Wallace, linebacker Myles Jack, and now Ogunjobi. All three are potential plug-and-play starters, which magnifies the job Tomlin did in helping to sure up the holes defensively.

And while Ogunjobi will be free to sign anywhere after this season, it’s possible he may not want to depending on how well he fits in. Assuming he remains healthy, he should be right in the middle of a defense that has the potential to be elite. Plus, if the Steelers exceed expectations, it might not be too difficult for Tomlin to convince Ogunjobi to stick around a little longer.