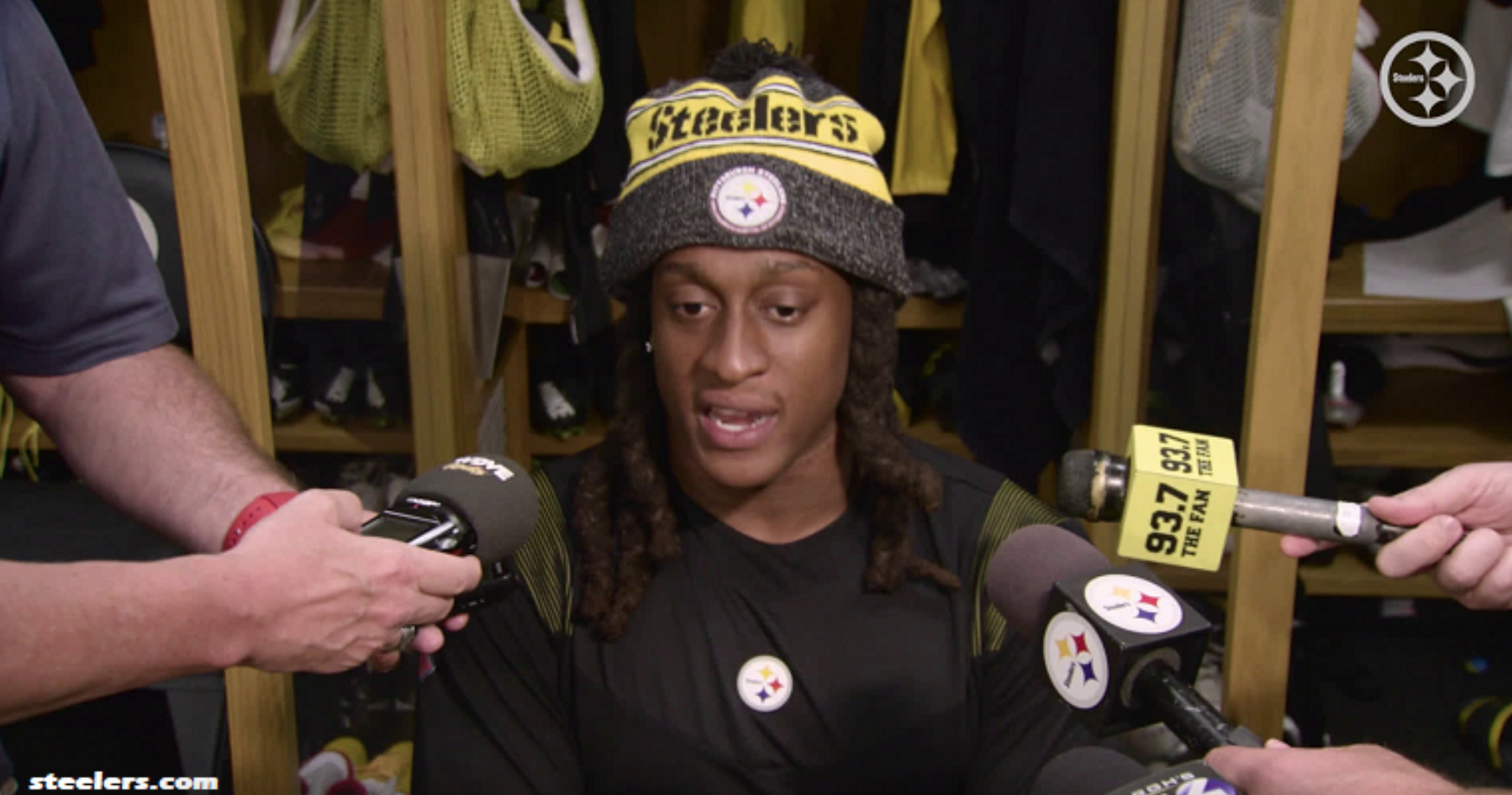 The Pittsburgh Steelers secondary is going over a little bit of a makeover heading into the 2022 season.

Much like last offseason where the team lost Mike Hilton and Steven Nelson, the team is likely heading seeing a key contributor leave with longtime starting CB Joe Haden still unsigned with no inclination that he will be brought back. However, unlike last season, Pittsburgh has added some quality depth to both the CB and S positions, re-signing both Terrell Edmunds and Ahkello Witherspoon while also adding Levi Wallace and Damontae Kazee via free agency.

When asked after practice how the CB position is shaking out during OTAs and mandatory minicamp giving the “uncertainty” in the room with three capable starters in the fold as well as Haden gone from the group, Edmunds commended the competition that is going on with Witherspoon, Wallace, and Cam Sutton.

“Yeah, I wouldn’t really call it uncertainty,” Edmunds told reporters via the team website. “I’d just call it a dog fight now. Everybody’s out there competing, but we got some good guys over there that are competing. Yes, we had Joe [Haden]. He was the older guy, but now we have a bunch of different guys out there competing, trying to see who’s going to take that step to be in the start of this week, start of next week. And we got three guys…we got pretty much all our guys that starter capable.”

Edmunds tried to catch himself at the end of his quote to give credit to the other CBs in the room, but like we have all expected for some time now, Edmunds hints at the “three guys” in Witherspoon, Wallace, and Sutton as “starter capable” and are in a tight competition to see how gets the starting nod on the outside in Pittsburgh’s base defense and how the CB hierarchy shakes out when Pittsburgh goes sub package in their nickel and dime defenses.

Levi Wallace was asked a similar question and mentioned being in competition with Witherspoon and Sutton, being moved around by the coaching staff to cross train positions and get exposure both inside and outside to see who picks up the defense and who is comfortable in what spot.

Levi Wallace On CB Competition: ‘Our Coaches Are Rotating Us Right Now’

By the sound of things, Wallace and Edmunds are leading on that the CB battle at the top of the depth chart could be a fierce one when training camp rolls around. Granted, all three corners will be involved in some fashion when Pittsburgh goes nickel with two playing on the boundary and the other in the slot. Still, the competition to be the “starters” in base will be noteworthy and may potentially dictate who plays inside in the nickel.

Alex Kozora has pointed to Witherspoon and Wallace playing as the outside corners with Sutton kicking inside to the slot in nickel, but also pointed out that Wallace and Sutton are more consistent in run support, possibly suggesting that Witherspoon could be the guy coming off the field in base. Whatever the makeup of the room may be in terms of who are the starters come the regular season, Pittsburgh has done a good job filling out a CB room that was gashed of talent during the 2021 offseason. Based off comments from Edmunds, Wallace, and the coaching staff, the CB battle should be one that we keep our eyes on closely once camp opens up in Latrobe in late July.