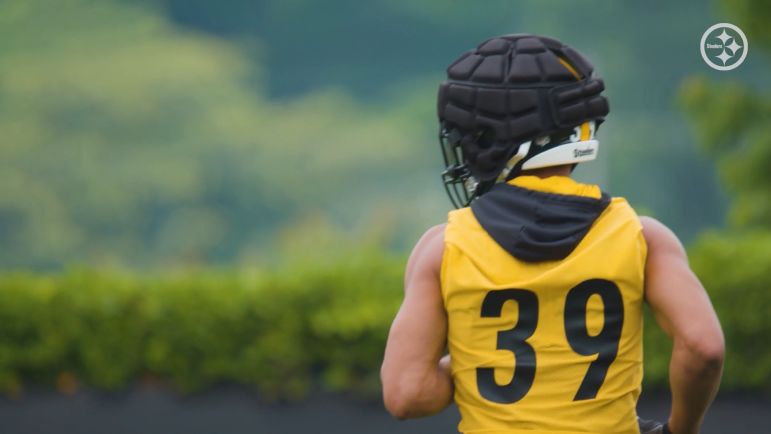 At some point later this year, most likely in August, Pittsburgh Steelers safety Minkah Fitzpatrick is suddenly going to become very wealthy. Just how wealthy is yet to be determined, at least in terms of overnight prospects. While the former first-round draft pick has already banked $16 million through four seasons in the National Football League, he stands to make an awful lot more than that.

A two-time first-team All-Pro performer, Fitzpatrick is pretty widely regarded as one of the top young safeties in the NFL, even if his 2021 season was subject to criticism. Closer observers noted how his play improved steeply when he was re-inserted into a more traditional free safety role in the second half of the season, however. His locker room knows how valuable he is.

When asked last week if he expects the front office to work out a deal with his close friend, fellow safety Terrell Edmunds told reporters, “Hopefully. They got to pay him”. When it comes to exactly how that ends up working out in practice, however, that was less clear.

Specifically, where will Fitzpatrick be as this all unfolds? It’s probably safe to assume that he will be in Latrobe at training camp, since the last Collective Bargaining Agreement made it exceedingly more expensive and complicated to hold out during training camp by not showing up.

Last season, T.J. Watt took his contract negotiations almost down to the wire, toward the end of camp, but he still showed up every day, even if he did not participate directly in team activities, instead getting his work in on the side. It’s worth noting that he went on to be named the Defensive Player of the Year after becoming (for about half a year) the highest-paid defender in NFL history and hardly participating in training camp. So how will Fitzpatrick play out the situation?

“I honestly do not know. I don’t know how that’s gonna turn out”, he said, candidly. “But I definitely feel like he deserves it. He deserves to get that top dollar, and he’s put in the work for it, and the stats and everything show it. He definitely deserves all the money”.

One thing you can pretty much count on is that teammates in an NFL locker room are always going to support one another getting their big payday. Even though there is, of course, a salary cap, you’re never going to hear a player come out and say that another player is being selfish with his contract demands.

But in terms of performance relative to the established NFL pay scale, Fitzpatrick really is one of those players who deserve to be near the top. He is one of the best safeties in the NFL, so he should be making among the highest salaries at the position. I’m sure the Steelers will make that happen in a few months.