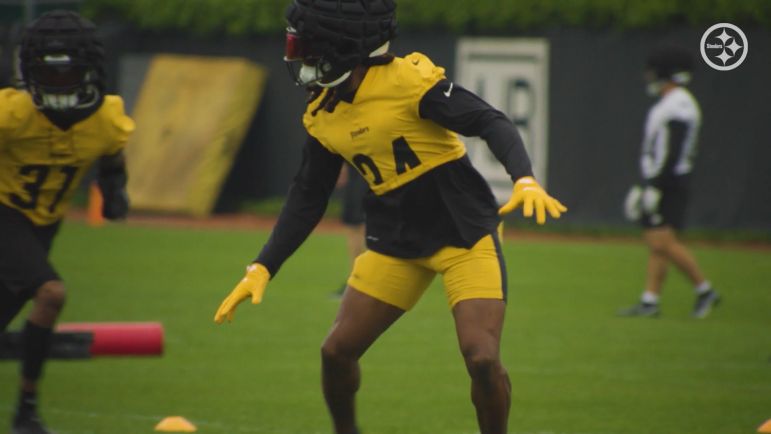 Former first-round draft pick Terrell Edmunds has been the Pittsburgh Steelers’ starting strong safety for four seasons. Re-signing as an unrestricted free agent on a modest one-year deal, he has no hesitation in reclaiming his starting spot despite ostensible competition being brought in in the form of veteran starting safety Damontae Kazee.

“He’s a returning player, so he’ll start, and that’s his job to lose or somebody’s to take it from him”, defensive coordinator Teryl Austin told reporters yesterday about that role, according to Brian Batko of the Pittsburgh Post-Gazette. “That’s how we’re going with it. That’s why he’s running with the first group”.

Kazee was signed shortly after the 2022 NFL Draft ended, following the team’s failure to address the secondary with any of their selections. He was a player in which it was known that they had previously expressed interest, so it’s highly likely that they had a preliminary deal worked out in the event that the draft didn’t go as they might have hoped for the defensive backfield.

A four-year player and three-year starter for the Atlanta Falcons from 2017-2020, Kazee signed with the Dallas Cowboys last year, where he logged over 900 snaps as a starter. He has 12 career interceptions in 69 games played with 49 starts.

“Kazee’s been a starter in this league, so he’s running with the first group, as well, and we’ll let that stuff work itself out”, Austin said. Added head coach Mike Tomlin, “He’s a guy that’s got a bunch of experience—starter experience—and he’s in a competitive opportunity”. He also referenced “finding a way to divvy up the labor”.

So what does it mean to be in a “competitive opportunity” that will ultimately result in the labor being divvied up? Well, it does sound that, at least, the Steelers are open to the possibility of Kazee starting over Edmunds—if he’s able to earn it over the course of the offseason—but that Edmunds will be favored for that role.

That’s not exactly a revelation, and is practically the scenario in place for every starter every year, of course. But it’s a little more explicit when we’re dealing with two youngish players with similar experience levels and, frankly, not too dissimilar contract statuses.

Edmunds is the veteran of the system, and frankly, the more natural fit for the strong safety role, but if Kazee clearly outperforms him throughout the course of the offseason? I suppose it’s in the realm of possibility that we get that look pairing him with Minkah Fitzpatrick in the starting lineup.