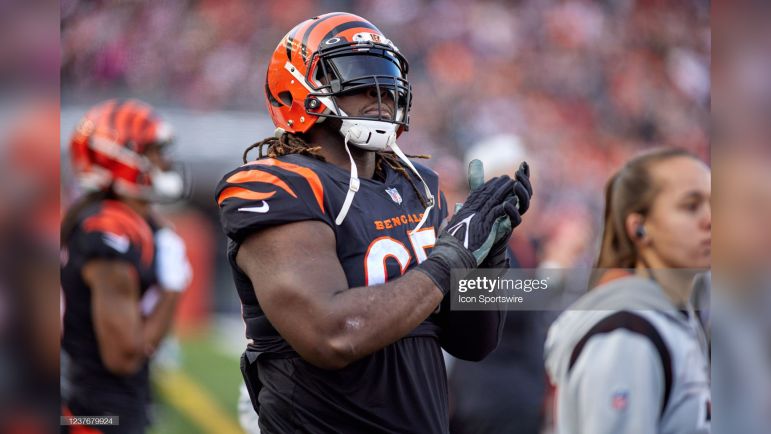 Based on the outlook of the Pittsburgh Steelers’ defense on paper, the black and gold are loaded with star names across the board ahead of a season in which they’ll be relied on heavily as the Steelers go through a transition offensively.

Names like T.J. Watt, Minkah Fitzpatrick and Cameron Heyward headline the defense, but the addition of free agent defensive tackle Larry Ogunjobi adds another very strong name to a group attempting to make up for the loss of Stephon Tuitt to retirement.

After having played against the Steelers the last five seasons as a member of the Cleveland Browns and Cincinnati Bengals, Ogunjobi now joins a loaded defense that also features a familiar name in former Charlotte teammate Alex Highsmith. The fit with the Steelers’ defense under first-year defensive coordinator Teryl Austin and defensive line coach Karl Dunbar largely attracted Ogunjobi to the Steelers, where he’ll be able to utilize his first-step quickness and shoot through gaps to be a disruptive force in the trenches.

That overall fit stylistically has Ogunjobi excited for what’s ahead in his time in the black and gold, he stated on Movin’ The Chains with hosts Jim Miller and Pat Kirwan on SiriusXM radio.

“I’m surrounded by ballers. You know, you’ve got Cam [Heyward]. T.J. [Watt]. [Alex] Highsmith, you know we went to college together, so it’ll be good to get back with him. But just the ability to go out there, just make plays, rush the passer, you know, put a lot of pressure on offenses, I think that’s the biggest thing,” Ogunjobi said to Miller and Kirwan, according to audio via SiriusXM. “It’ll just allow us to go out there and play. I think it fits my skillset really well. Just being able to just get off the ball and just attack, just use my ability to have take the two-way go, I’m just excited.

“I think the scheme fits me well. I’m excited for what Coach Dunbar and Coach Austin has in store for me. But, once again, just taking it one day at a time. You know, attacking rehab, getting myself back and I’m just excited, you can probably hear it in my voice. But I’ve been out of football for longer than I would like, so I’m excited to get back.”

Ogunjobi is certainly surrounded by ballers on the Steelers’ defense, especially in the front seven. Ideally, he’s playing next to reigning Defensive Player of the Year in T.J. Watt, drawing some attention away from the Steelers’ star pass rusher. Opposite Ogunjobi will be Heyward, an All-Pro in his own right. Realistically, Ogunjobi should see a lot of one-on-one matchups on the interior of the offensive line, which should allow him to utilize his quickness to beat interior offensive linemen off the ball and through gaps.

He’s not the big, beefy lineman that the Steelers look for at the position, but with his quickness and ability to shoot gaps and cause havoc, he’s an ideal fit on paper, assuming health. That’s why the Steelers chased after him following the retirement of Tuitt, and why the fit made so much sense before and after his signing.

Hopefully with renewed health and consistent playing time, Ogunjobi inserts his name into the discussion as a real baller with Watt and Heyward in the front seven.