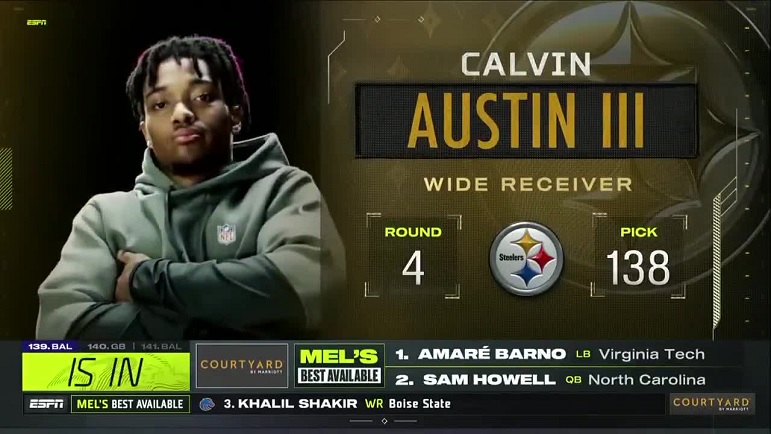 The Pittsburgh Steelers now have another one of their 2022 draft picks under contract ahead of the team’s mandatory minicamp getting underway this week, and it’s wide receiver Calvin Austin III.

Austin, a Memphis product, was the Steelers’ fourth-round draft pick this year, the 138th overall selection in the 2022 NFL Draft. He projects to be mainly a slot receiver at the NFL level with the Steelers.

At Memphis, Austin caught 156 passes for 2,541 yards and 22 total touchdowns. He also rushed eight times in total for another 169 yards and three touchdowns.

“It seems like over the last few years, the offensive skill position at Memphis, they’ve had a lot of dynamic playmakers. And he’s just the latest,” Steelers head coach Mike Tomlin said during his post-draft press conference with general manager Kevin Colbert.