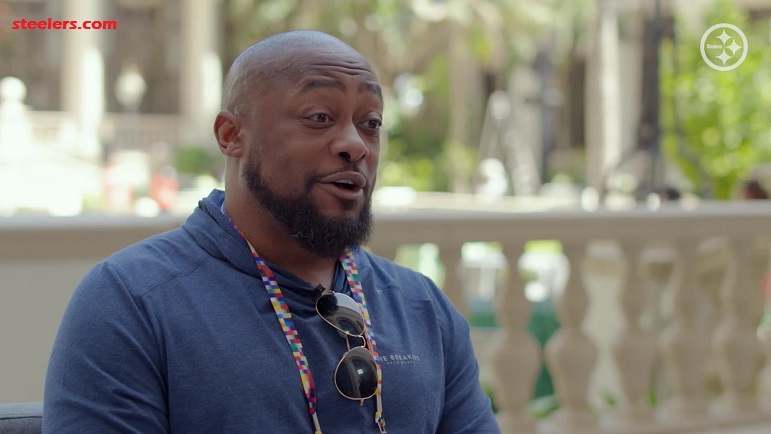 If the numbers that were crunched by ESPN sports analytics writer Seth Walder are accurate, the Pittsburgh Steelers are in for a long 2022 season. So long, in fact, that they’ll be picking not only inside the top 10, but at No. 6 overall in the 2023 NFL Draft, according ESPN’s Football Power Index.

Picking No. 6 overall would be the highest the Steelers would have picked in the first round of the NFL Draft (outside of a trade up) since they selected wide receiver Plaxico Burress at No. 8 overall in the 2000 NFL Draft, which was also the first year under now-retired GM Kevin Colbert.

Odds are, that isn’t happening anytime soon for the Steelers, especially based on some computer model.

“Our FPI model considers the T.J. Watt-led Steelers defense to be the fifth best in the league, but a good defense can take you only so far,” Walder writes in his explanation. “The game swings on offense, and none of the options at quarterback — Mitch Trubisky, Kenny Pickett or Mason Rudolph — are likely to be a high performer in 2022. ESPN’s FPI considers the first two to be the better choices and roughly equivalent in the short term.”

That’s where the computer doesn’t factor in play style overall. Yes, the quarterback situation isn’t great (for now) when it comes to high-end play. But there’s no denying that Mitch Trubisky and Kenny Pickett fit extremely well into second-year offensive coordinator Matt Canada’s scheme, much better than Ben Roethlisberger did a season ago. That alone should improve the offense somewhat. Add in the additions along the offensive line and at receiver and this offense appears much better on paper in 2022 than it was in 2021.

Defensively, Pittsburgh is still loaded for bear, even without Stephon Tuitt. Improvements in the secondary with the likes of Ahkello Witherspoon, Levi Wallace, and Damontae Kazee make it a deeper position overall, while Watt will be back looking to defend his 2021 NFL Defensive Player of the Year award. Don’t expect him to slow down anytime soon.

Games might not be pretty to watch overall as the Steelers really appear to be leaning into the ground-and-pound offensive style with smothering defense. That can win a lot of football games, very similarly to how the Steelers went 8-8 in 2019 after losing Roethlisberger six quarters into the season.

“Coach Mike Tomlin doesn’t do losing seasons. In 15 seasons as the Steelers’ head coach, Tomlin has never had one,” Pryor writes. “Remember when Ben Roethlisberger went down for the year, and he started Rudolph and Devlin Hodges under center? Yeah, he didn’t lose then, either. It won’t be a pretty season in Pittsburgh by any means, but don’t count a Tomlin-led squad out — especially when he has the reigning Defensive Player of the Year and an up-and-coming star in running back Najee Harris on his roster.”

That’s exactly the correct take overall from Pryor. The Steelers don’t care how it looks. They’ll scratch and claw their way to at least a 9-8 or 8-8-1 season somehow, some way, even if things fall apart under center. That said, Trubisky and Pickett are good enough, at least right away, to correctly manage games. That might be all the Steelers need from the position in 2022.