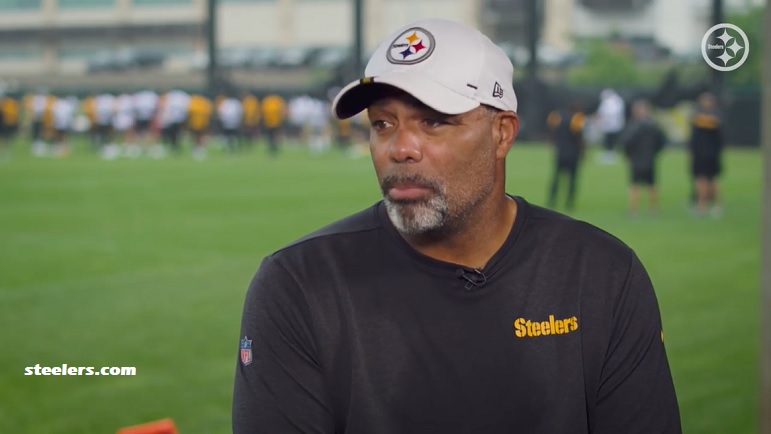 Following the promotion of Teryl Austin to defensive coordinator after longtime coordinator Keith Butler retired in January, not much was expected to truly change overall defensively, especially with head coach Mike Tomlin still around for the black and gold.

Austin, who was previously a defensive coordinator for the Detroit Lions from 2014-17 and the Cincinnati Bengals in 2018 has had mixed results overall while being in charge of defensive units, but one thing he’s always preached while overseeing defenses in the NFL is being aggressive, stopping the run, and giving the team a chance to win games.

Speaking with reporters Wednesday ahead of Day 2 of mandatory minicamp at the UPMC Rooney Sports Complex on the South Side, Austin stated just that to reporters, according to audio played on 93.7 The Fan’s PM Show with hosts Chris Mueller and Andrew Fillipponi.

Steelers DC Teryl Austin on how the defense can improve. pic.twitter.com/XD6umhsorp

“Oh, my fingerprints will be that we’re gonna be an aggressive defense. We’re gonna be sound. We’re not gonna give up big plays,” Austin said to reporters Wednesday, according to the audio played on 93.7 The Fan. “We’re gonna keep scores low and give ourselves a chance to win. I think that’s really what we wanna see. I mean, good defense requires getting off blocks, tackling, stopping the run and turning the ball over. If you can do those things, you got a chance to play a real big deal.”

That sounds a lot like how the Steelers played defense in 2019 without Ben Roethlisberger on the other side of the football, as Mason Rudolph and Duck Hodges somehow piloted the Steelers to an 8-8 season that year. Defensively under Butler then, the Steelers got after the quarterback a ton, stopped the run at a high rate and consistently turned the football over, providing short fields for the offense to work with.

Now, with veteran free agent signee Mitch Trubisky and rookie first-round draft pick Kenny Pickett battling it out for the starting job under center, the Steelers’ defense will have to carry a significant load, at least early, in an effort to keep the Steelers competitive as the offense breaks in a new signal caller and some new talent on that side of the football.

With key pillars at all three levels in Cam Heyward, T.J. Watt and Minkah Fitzpatrick, along with added playmakers in Levi Wallace and Myles Jack, it will be interesting to see just who aggressive the Steelers’ defense gets back to being under Austin’s guidance.