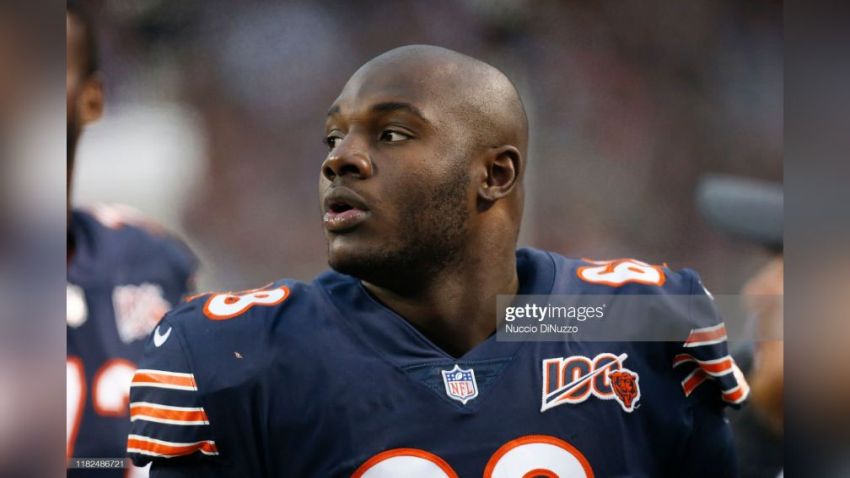 Throughout his career, Chukwuma Okorafor has had some pretty talented linemen line up to his left. Over his first four years, he’s gotten to play next to David DeCastro, an All-Pro caliber player at the peak of his career, one that was unfortunately shortened by injuries. Trai Turner wasn’t on that same level last year, not the 2021 edition anyway, but was a steady and veteran presence to help a still young and learning Okorafor out.

Entering his fifth year, Okorafor will get to play next to James Daniels, the Steelers’ high-prized free agent coming over from Chicago, who signed a three-year deal with the team.

Appearing on 93.7 The Fan, Okorafor said he’s lucky to have those names adjacent.

It certainly doesn’t hurt to have some really talented players break the huddle alongside you. Okorafor returns as one of the few steady pieces of a Steelers’ offensive line that has undergone big changes over the last two weeks. Compare the Steelers’ 2020 Week 2 front five (Okorafor returned to the starting lineup after Zach Banner tore his ACL Week 1), to the team’s projected offensive line when they travel to Cincinnati Week 1 this year.

Substantial change. Dotson was only starting due to David DeCastro’s early-year injury and went back to the bench once DeCastro got healthy enough to play. In essence, Okorafor is the only Steelers lineman to consistently start since 2020, a far cry from the years Pittsburgh would run back its entire front five.

That upheaval has also called on the need for new leaders. This starting five is no longer the heart and soul of the team and lacks veteran pedigree. Okorafor says he’s more reserved but is watching Daniels step up as that vocal presence.

“I kinda lead by example. I’m not really the one to go out there to yell or scream. I think James is more that guy to kind of do that kind of thing.”

Pittsburgh will boast one of football’s youngest offenses this season and their offensive line is no exception. Here’s how old each lineman will be once Week 1 rolls around.

Moore and Daniels will have birthdays in September but still, it’s an incredibly young group. Despite their youthful glow, there’s also experience here. Moore started all of last year, Dotson is in year three, Cole is two seasons removed as a 14-game starter, while Daniels and Okorafor are going into year five.

There’s the opportunity for this group to get better and they’ll need to at least be an average unit if the Steelers’ offense wants a better chance to succeed this year.