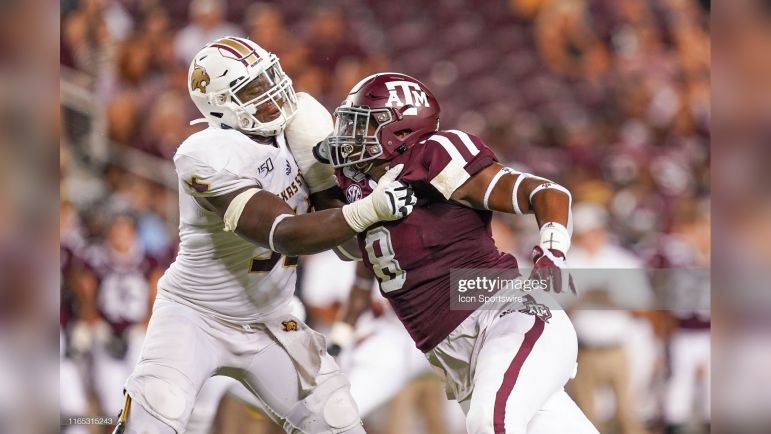 Lost in all of that though was Hoge’s praise of rookie defensive lineman DeMarvin Leal, who will be in line for a much bigger role than expected in 2022 for the Pittsburgh Steelers due to the retirement of Stephon Tuitt.

With Tuitt gone for good, the onus will fall on the likes of Chris Wormley, Isaiahh Loudermilk, Henry Mondeaux and Leal to pick up the slack left in his wake once again. According to Hoge though, despite Leal’s ‘tweener status due to his size, the Steelers could have found themselves a gem in the third rounder in Leal.

“He plays with super leverage, you know? And now he’s a guy that can play that plays inside and outside; there’s versatility to him that I like,” Hoge said regarding Leal to 93.7 The Fan’s Andrew Fillipponi on the PM Show. “I think he can handle that because of…all the fundamentals he already has.

Watch No. DeMarvin Leal No. 8 on this play. You will not be disappointed with the hustle. #Steelers #NFL pic.twitter.com/blQQg8mHay

“So, you can do some things with him. You could probably stand him up. I think that he appeared to be that versatile,” Hoge added. “Now, you don’t wanna overwhelm a kid in his first year; they wouldn’t do that. But he has that…he’s not limited. He isn’t like, ‘ah, that guy’s a tackle or an end.’ He has some wiggle to him. I think he played inside at tackle, too, and he knows how to play in those areas, and that’s what impressed me about him. And now if you could just hone in and focus in one area and let him develop and let him around play, I think he could be a plus for the Steelers.”

Leal certainly brings versatility to the Steelers’ front, having played some edge at Texas A&M, as well as some defensive end and interior defensive line. Though his role in Pittsburgh isn’t fully clear yet, he’s going to bring some much-needed juice and athleticism to the defensive line now that Tuitt is gone.

How impactful the rookie will be in his first season in the NFL, especially after adding weight, remains to be seen. What was shown on tape the last two seasons at Texas A&M certainly shows enough to be intrigued by, which could definitely turn him into a plus for the Steelers, like Hoge states.

He has all the tools. Now it’s about honing in on his craft and truly developing alongside the likes of Cameron Heyward and Tyson Alualu.