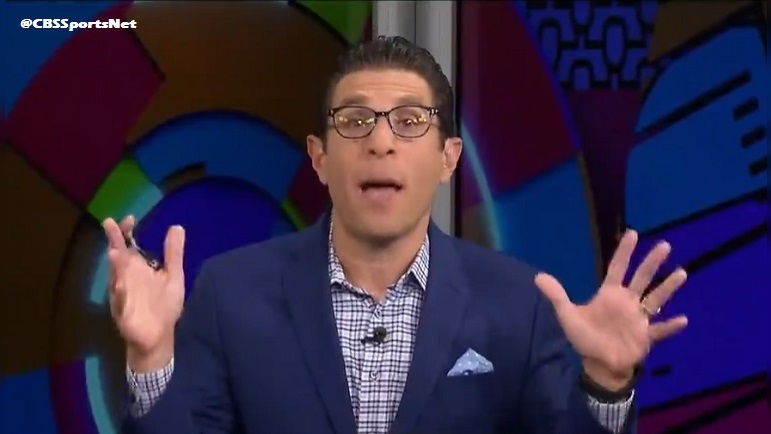 Mandatory minicamps around the NFL have now been completed and that means we are in the rankings and lists portion of the offseason. Basically, be prepared for a lot of rankings and lists from the major media outlets until training camps get underway. On Thursday, Adam Schein dropped his team quarterback rankings for every NFL division way ahead of training camps getting underway and he has the Pittsburgh Steelers’ duo of Mitch Trubisky and Kenny Pickett in last place in the AFC North. Within that, however, Schein had some positive things to say about the Steelers’ quarterbacks.

“And I like the Steelers’ quarterback combo,” Schein wrote. “Whoever starts (the veteran Trubisky or the rookie Pickett) will represent a serious upgrade over the version of Ben Roethlisberger we saw over the last two years. After Trubisky’s rocky tenure with the Bears came to an end, he earned a Ph.D in quarterbacking as the backup last season in Buffalo, learning under then-coordinator Brian Daboll and behind Josh Allen. (Plus, as the dismal results in Chicago last season showed, the Bears’ struggles during Trubisky’s time there were hardly all his fault.) As for Pickett, I’m a big fan of the 20th overall pick. This will be a good battle between two legit players worthy of the gig.”

Well, that sort of feels like a backhanded compliment overall. If Schein really views Trubisky and Pickett as both being upgrades over Ben Roethlisberger, who led the Steelers to playoff spots the last two seasons, wouldn’t that mean that he thinks the Steelers offense might be better overall than the unit they fielded last season, and especially with the attention the organization paid to their offensive line this offseason? What Schein wrote really comes off as more of dump on Roethlisberger than anything else.

So, while Schein wants us to believe that the Steelers offense will be in better hands than the last seasons with either Trubisky or Pickett under center, he still has the duo ranked last in the AFC North division and right behind the Cleveland Browns duo of Deshaun Watson and Jacoby Brissett. It’s quite interesting to read what Schein thinks about Brissett at this point of the offseason and especially with it sounding more and more like he’ll need to start quite a few games for the Browns in 2022 in place of a possibly suspended Watson.

“Even if Watson is suspended as a result of the disturbing allegations of sexual misconduct that have been levied against him, leaving the solid Brissett to start in his place, I’d still make the case this division is worthy of this spot [third] on the list, because [Joe] Burrow and [Lamar] Jackson are that special,” Schein wrote.

So, Schein is basically saying that Brissett on his own is better than either Trubisky or Pickett? Okay, but if he really believes that, he probably should have toned down the praise he gave the Steelers’ duo. I get him ranking Joe Burrow and Lamar Jackson as the top two in the AFC North division, but if he truly considers both Trubisky and Pickett to be “a serious upgrade over the version of Ben Roethlisberger we saw over the last two years,” it seems like maybe he should have the Steelers’ duo ranked third overall and especially considering that Watson might not play in several games for the Browns in 2022.