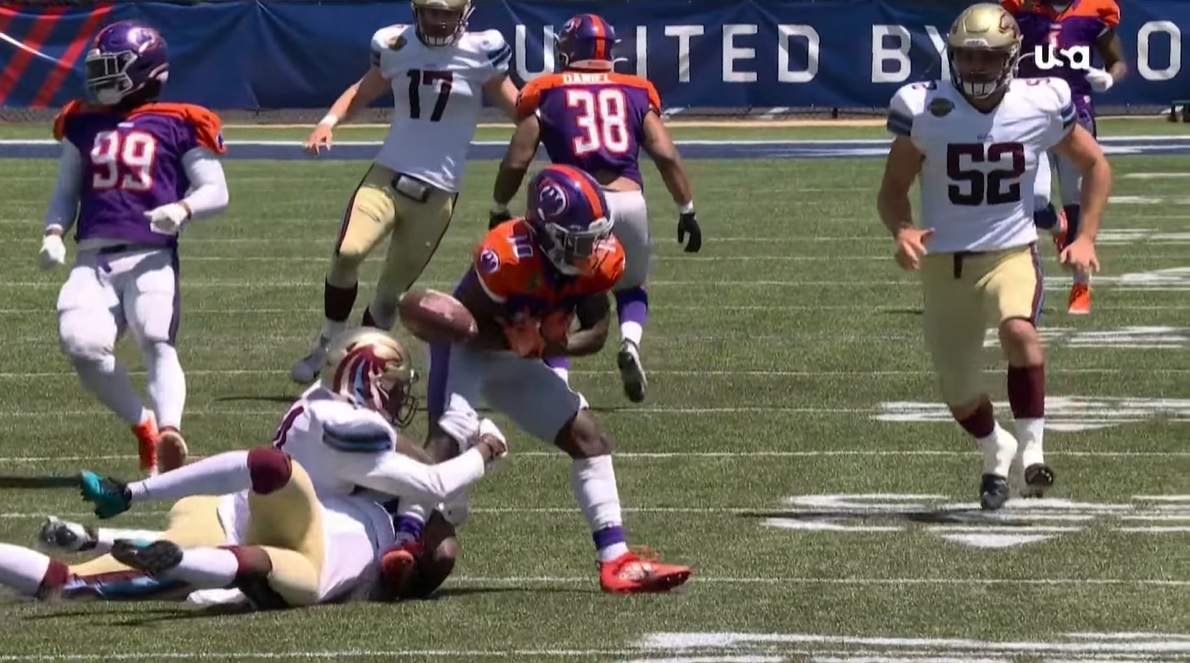 The Maulers returned to life this season in the recreated USFL. And somehow, they were worse than that 1984 team, a club that went 3-15 but a club that, in pockets of time, at least felt competitive. This year’s Maulers rarely did the same and for a final time this summer, we’ll talk about their terrible return to the sport. Pittsburgh finished their season 1-9, worst record in the league, with a product that was downright unwatchable from start to finish. A year so bad I can’t wait for UrinatingTree to do a video on the disaster they were.

Some quick facts that sum up this disaster of a season:

1. They averaged 14.7 points per game, easily the worst in football. The ’84 team averaged 13.9 points per game and like everything else, adjusted for inflation in 2022’s offensive world, the current edition of the Maulers took a step backwards. They never scored more than 23 points in a game.

2. They allowed 24.3 points per game, tied with the Philadelphia Stars for the worst mark. But if you can believe it, it was the Maulers’ defense that often kept games close and in context, that number doesn’t look so terrible. Pittsburgh’s defense was burdened by always being on the field, defending short fields, and overall, was the only halfway decent part about the club.

3. Four QBs saw significant playing time. Ten games. Four quarterbacks. Not a recipe for success. Top draft pick Kyle Lauletta barely had an impact and was quickly axed from the roster after completing less than half his passes and failing to throw a touchdown. Josh Love was only marginally better and found more success once Pittsburgh cut him too. Vad Lee was the team’s leader in all passing categories but tossed as many picks as touchdowns. The only interesting part for locals was watching Slippery Rock alum Roland Rivers – once invited to Steelers’ rookie minicamp – see action late in the season.

Their season was a running joke. And I mean that literally. Head coach Kirby Wilson was blasted on Twitter for cutting a player who wanted pizza over chicken salad. The story might have slightly more context, its origins are sort of forgettable at this point, but it became the viral moment the team didn’t want. It was the only part of their season anyone remembered and months after it happened, is still referenced in the replies to almost all of their tweets.

Speaking of Wilson, it’s hard to see him coming back for a second season. He was routinely criticized for in-game decision-making and ran the offense like a former running backs coach. In fairness, he lacked great QB play to have confidence in it but when you’re 1-9 and the laughingstock of the league, it’s hard to see you coming back from that.

How about something positive? It takes some searching but it’s there. Wide receivers Tre Walker and Bailey Gaither were positive impacts while Isaih Hennie found the end zone three times on just 18 catches. Carlo Kemp led the way with five sacks and was a solid player off the edge while kicker Ramiz Ahmed booted a 61-yarder. They also pulled off a cool fake field goal.

So that’s their season. I assume the Maulers will return in 2023. The USFL has shown enough staying power to make it through Year One, no small feat, and though Pittsburgh was bad, that alone shouldn’t be enough to fold the franchise. The league planned on playing in each team’s home city next year so the Maulers may be coming downtown after they and the rest of the league played in Birmingham this year to decrease costs and travel. But after a 1-9, boring season, it’s hard to find anyone excited about the idea of paying money to watch this team. Not without some serious changes.