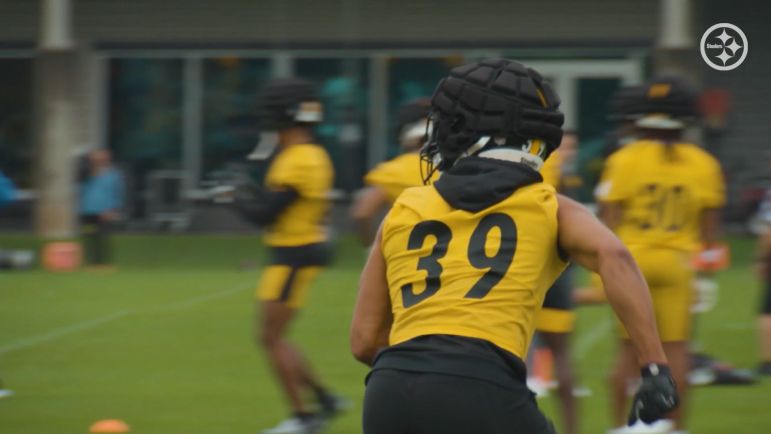 Pro Football Focus had another entry in their position tier breakdowns, with them evaluating the secondary of every team. PFF had the Steelers ranked at No. 28, in the “serious flaws” tier along with seven other teams.

“The Steelers’ secondary is one of the most veteran-laden groups in the NFL, with every player heading into their fifth season or later. That simultaneously gives the unit a high floor because of what we’ve seen the players do and a low ceiling because of, well, what we’ve seen the players do. There’s just not an impact player in this secondary after Minkah Fitzpatrick,” Mike Renner wrote about the Steelers secondary.

While Minkah Fitzpatrick is obviously the best player in the Steelers secondary, I don’t necessarily agree that the rest of the group gives the Steelers a low ceiling. Ahkello Witherspoon really flashed towards the end of the year last year, and with a full offseason in Pittsburgh, I’m excited to see what he can do. Levi Wallace should be an upgrade over what Joe Haden provided last year, while Terrell Edmunds improved last season, especially as a box defender and as a complement to what Fitzpatrick provides. Meanwhile, Cam Sutton did allow a few big plays, but he still had two interceptions and proved himself as a solid tackler at cornerback.

One knock against Pittsburgh’s secondary, primarily at cornerback, is its depth. James Pierre wasn’t great last season, although Arthur Maulet and Tre Norwood stepped up and performed above expectations. Damontae Kazee was a good signing to add depth at safety in a group that also features special teams ace Miles Killebrew. Behind that though, you’re looking at Justin Layne who has failed to show much of anything. It’s unlikely Pittsburgh adds someone else in the secondary, but a few injuries could make this group look a lot worse than it does currently.

PFF has the Steelers’ secondary as by far the worst in the AFC North. The Baltimore Ravens were ranked No. 1, the Cleveland Browns were ranked No. 3, and the Cincinnati Bengals came in at No. 10. Historically, throwing the ball in the AFC North has been a challenge thanks to the fearsome defenses across the board. It appears that will remain the same this year, and with the Steelers starting either Mitch Trubisky, Kenny Pickett, or Mason Rudolph at quarterback, it’ll be interesting to see how they handle the intra-division competition.

Obviously, these rankings are just going off what PFF believes. While I don’t think the Steelers’ secondary is elite, I definitely think it’s better than No. 28 in the league. I do agree with Renner that the defense has a high floor, but the low ceiling comment I’m just not sure about. I think there are a few guys who have the potential to build off their 2021 seasons and make this passing defense a unit that finishes in the top half of the league. Time will tell whether or not that ends up being the case.