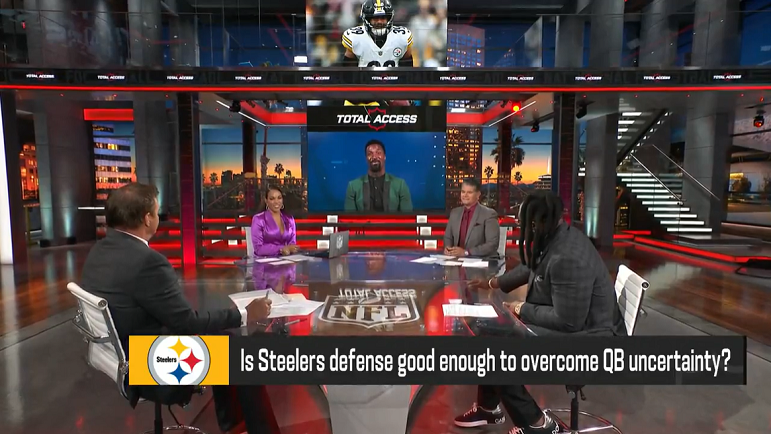 At this point in the offseason, it’s pretty clear what style of play the Pittsburgh Steelers are going to try and emulate throughout the 2022 regular season, that being a power-rushing attack and a suffocating defense, much like they tried to do in 2019 after losing Ben Roethlisberger for the season just six quarters into the year.

Of course, things didn’t quite work out that year with Mason Rudolph and Duck Hodges under center, as the Steelers lost their final three games of the season, putting an end to what appeared to be a surprising playoff berth. However, the Steelers learned something in that season about their defense, led by the likes of All-Pros T.J. Watt, Cameron Heyward and Minkah Fitzpatrick: that they were good enough on that side of the football to be a winning team.

Now, with an upgrade at quarterback in Mitch Trubisky and Kenny Pickett, and standout playmakers offensively in Najee Harris, Pat Freiermuth, and Diontae Johnson, the Steelers’ offense might just be good enough. It will come down to the play defensively though, according to NFL Total Access’s Gerald McCoy and James Jones, two former players in the NFL.

Following the market-setting extension for Fitzpatrick, McCoy and Jones debated Wednesday night on Total Access if the Steelers’ defense had what it takes to overcome any potential shortcomings offensively in the Steel City. McCoy stated he didn’t think the Steelers’ defense was good enough to overcome Trubisky and Pickett, citing them not being a historic defense, while Jones was rather bullish, stating that doubting the Steelers and Mike Tomlin remains a mistake.

It feels as though McCoy is selling the Steelers’ defense short just a bit. No, they don’t have the appearance of being a historic unit like the 2000 Ravens, 2002 Buccaneers or even the 2008 Steelers, but calling guys like Watt, Heyward and Fitzpatrick “good names” is underselling quite a bit.

They are great players, based on their multiple All-Pro honors. Of course, three players on a defense of 11 doesn’t make one great, but there are better players on this unit now than people believe, including the additions of Myles Jack and Levi Wallace. Sure, the loss of Stephon Tuitt to retirement opens up a significant question for the Steelers’ defense, but it’s a really good group on paper.

Jones believes that even with the names on the defensive side of the football, the Steelers will be able to overcome any shortcomings offensively, largely due to the culture and the DNA Tomlin has created within the Steelers during his 15-year tenure.

“You know, we just talked about believing in [New York Jets head coach] Robert Salah; you have to believe in Coach Tomlin,” Jones said, according to video via NFL.com. “I don’t know what it is about the Pittsburgh Steelers, but every season we come in here, we’re like, ‘man, on paper, they’re the worst in this division, they ain’t going to be able to compete in the AFC.’ And then they are always in the mix and always in the playoffs.

“Coach Tomlin has never missed a playoff. So I gotta say that this defense is going to step up, find ways to make plays, shorten fields for this offense, to be able to help that offense out,” Jones added. “And I think they’re gonna be a big time defense make a lot of plays and I’m a believer in Coach Tomlin and it’s just in their DNA. They show us year after year after year, keep counting us out, keep talking about all these other teams and the Pittsburgh still is gonna be right in the mix. It happens every year. So I gotta ride with the DNA. I gotta ride with Coach Tomlin. I’m gonna say yes, this defense makes a bunch of plays and this team is gonna find themselves in the playoffs.”

Obviously the Steelers have missed the playoffs under Tomlin, but Jones was attempting to cite never having a losing record, which absolutely matters in today’s salary-cap driven NFL, regardless of how some portion of the fanbase feels about it. With the amount of change each and every season that occurs on rosters, it’s telling that the Steelers are always right in the mix under Tomlin.