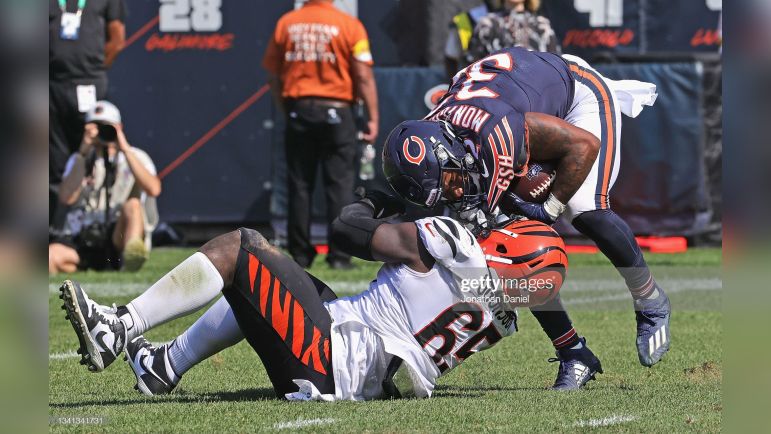 Appearing on Movin’ The Chains on SiriusXM Radio with hosts Jim Miller and Pat Kirwan, new Steelers DL Larry Ogunjobi talked about his recruitment to Pittsburgh, his style of play, as well as his rehab process coming back from a Lisfranc foot injury in the Bengals’ Wild Card win over the Las Vegas Raiders, ending his season and preventing him from contributing to the team efforts throughout the rest of the playoffs as well as in the Super Bowl loss to the Los Angles Rams.

Still, despite all the adversity he has faced the last several months, Ogunjobi has managed to keep a positive perspective on the matter and is optimistic about what his future holds in Pittsburgh.

“I’m feeling good,” Ogunjobi told Miller and Kirwan, according to audio via SiriusXM. “My motto since everything’s been happening is God just doesn’t make mistakes. He doesn’t make mistakes, so I’m blessed. I’m grateful for another opportunity to play the game I love. I’m excited, which is actually kind of funny because I was a Steelers fan growing up. So it’s kind of ironic that I played on other teams before I actually got here. So like I said, God doesn’t make mistakes. I’m excited. My family’s happy. I’m happy and I’m just ready to get back doing what I love.”

Mark Ogunjobi down as the latest Steelers free agent signing to have been a fan of the team growing up as a kid, much like Levi Wallace said when he addressed the media shortly after his arrival to Pittsburgh. It’s interesting to think that Ogunjobi considers himself a Steelers fan considering the fact that he has played them twice a year for his entire career to date with the Browns and Bengals, especially since he was a part of one of the more notable scrums in football the last decade in that fateful matchup with Cleveland when Mason Rudolph was the starting QB.

Here are the best angles of the all-out assault on Pittsburgh Steelers QB Mason Rudolph by Myles Garrett and Larry Ogunjobi of the Cleveland Browns #PITvsCLE pic.twitter.com/M1zgujV1kR

Regardless, Ogunjobi appears grateful to have the opportunity to play for his childhood team and is in a good headspace after battling back from a foot injury that prevented him from playing in the biggest game of his life last season. Speaking from experience, the comeback from injury can be a difficult battle both on the body as well as on the mind. It takes a mental fortitude and strong belief in oneself to come back to be the player you were prior to the injury, and Ogunjobi referenced his faith as a big reason why he has been able to stay so positive amidst a difficult time.

Hopefully, the injury Ogunjobi suffered will be fully healed in the next couple months, allowing him to be ready to hit the ground running come Week 1 when he must square off against his former team. When you approach a situation with gratitude rather than denial, the situation tends to appear better with a clearer path ahead. For Ogunjobi, that is exactly how he is approaching this whole process, which hopefully will yield positive results both for him and the Pittsburgh Steelers this fall.