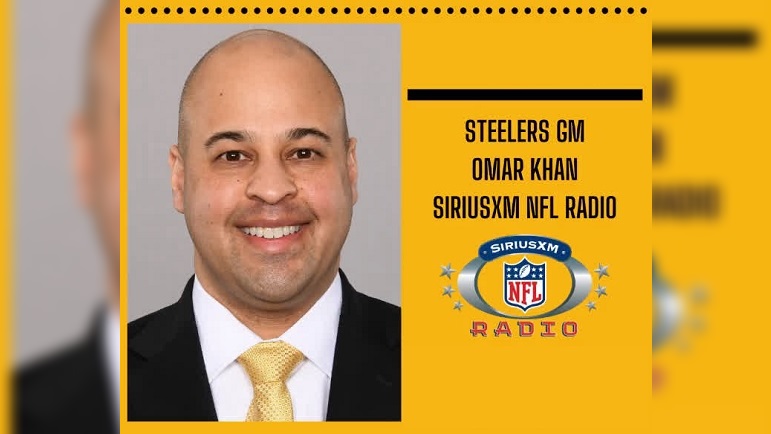 The Pittsburgh Steelers have their first real QB battle for the first time in roughly two decades. Ditto with a new GM. Combine those two things together and Omar Khan believes he has the right situation to evaluate and choose the best man. That’s how he framed things in a recent interview with Sirius’ Pat Kirwan and Jim Miller of the Movin’ The Chains show.

“I can tell you, I’m really excited about the room that we have, that quarterback room,” he told the show. “We’re gonna be heading to Latrobe and there’s a lot of optimism and excitement about what we’re gonna see when we’re out there. Obviously with these guys, you don’t just replace Ben Roethlisberger overnight. We had a great run with him and were very successful.”

Pittsburgh added three quarterbacks to their room this offseason. First by adding Mitch Trubisky, signed over from Buffalo on a positionally cheap two-year deal. Kenny Pickett and Chris Oladokun were drafted with Pickett, of course, viewed as the future of the franchise, though Trubisky enters camp as the favorite. Despite uncertainty at the position for the first time since the early 2000s, Khan is excited to see how the group looks during camp.

“I gotta tell you guys, these guys are working so hard and can’t wait to put the pads on Latrobe and just see these guys in this offense. Because I think it’s gonna be a lot of fun.”

It might be fun but there’s also likely to be growing pains associated with the newness of the position and the youth on offense. A strong running game will ease that burden but Pittsburgh hasn’t shown the ability to be effective and efficient on the ground the past two seasons despite drafting Najee Harris in the first round last year. Offseason additions of James Daniels and Mason Cole will hopefully help. Whoever starts under center for the Steelers will have to show they can take care of the football, run Matt Canada’s offense, and be a leader on a team without much of it on that side of the ball.