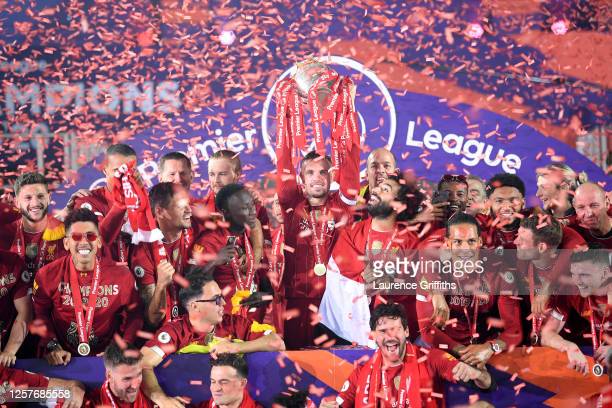 It’s been several days since Omar Khan’s media tour after being introduced as the Pittsburgh Steelers’ next general manager. But of all the things he told the media, there’s one answer that was overlooked. Which is kind of wild because it might have been among the most substantive things he said.

In a lengthy podcast with Jed Hughes, Khan said he’s followed soccer’s Premier League when it comes to player evaluation and development. Here’s what he told Hughes.

“The Premier League has done a great job when it comes to [player development] in my opinion. I’ve done homework on what they’ve done in terms of developing their players and they’ve really done a good job. So seeing what other leagues are doing is always important in my opinion.”

Now, I’m not expert on how the Premier League does things. So I’ll defer to the Internet for some insight in their evaluation process. Last month, Game Sport wrote an article describing what Liverpool is doing, going as far as to place “brain censors” on players to measure their mentality during practice. It looks a bit odd, but the team says the results are paying off.

📸 Trent Alexander-Arnold was among the players working with @neuro11official on set-pieces today. pic.twitter.com/ZGEq7hLpOa

Inventor Niklas Hausler explained how the technology’s purpose, via the Game Sport article.

“By attaching electrodes to the head we can measure brain states.

“Both during and after training we analyse the data and give feedback, finding out what parameters of his procedure truly help him to get into ‘the zone’,” Says Hausler, explaining the unusual equipment.

Because the electrodes are so sensitive, they are currently only able to use the incredibly innovative technology to analyse set-pieces, as players must be still at the start of the movement.

Alexander-Arnold and other Liverpool players have been using the equipment in previous months in order to monitor their brain activity while taking set-pieces on the training ground, in order to understand the psychology and, essentially, reduce the pressure when taking them in games.”

Though the NFL hasn’t gone that far, the league has adopted plenty of advanced tracking with technology to measure speed, steps, in order to find signs of fatigue. Teams can now objectively measure when a player is slowing down or for a team to know when a player has received a heavy workload that may cause him to wear down, allowing the team to proactive and limit/manage his reps.

I’m assuming the Steelers, to some degree, have done the same. But Khan may be looking to further that as the team is expected to embrace analytics and data more than they did under Kevin Colbert.

The league is a shifting landscape and teams in the Steelers’ division are on the forefront of not just analytics regarding in-game decision-making and draft evaluation, but the data teams are getting on players throughout the season to make smarter decisions. The Browns and Ravens are two of those teams, and under Khan, the Steelers may be playing catch-up while looking to soccer to gain an edge.