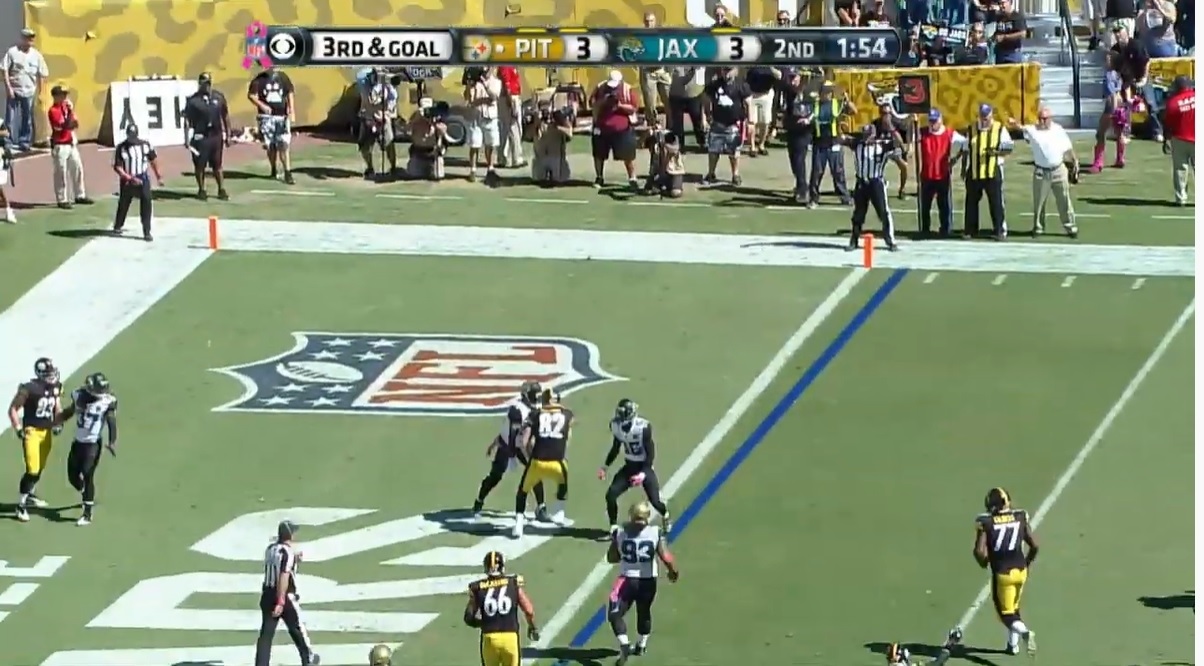 2014 wasn’t that long ago. Far more recent than our previous revisits of Ike Taylor in 2007 or Ray Pinney in the early 80s. But when I scrolled through the list of names and saw Michael Palmer finding the end zone in 2014, I thought it had to have been an error or weird special teams moment that fell out of my brain, like Anthony Chickillo’s punt block score against the Browns.

But nope. It’s real. Palmer had one catch as a Steeler during the 2014 season and he made it count.

Week 5 against Jacksonville. Pittsburgh’s driving at the end of the half and march down to the Jaguars’ one-yard line in part thanks to a couple completions to Heath Miller. Finishing the drive off was the backup tight end Michael Palmer, most often used as a blocking afterthought in heavy packages. But Roethlisberger under center and off playaction, two concepts that would become very foreign to this offense, quickly hit Palmer in the right flat as he faked his split zone action. Palmer hugged the pass, absorbed the hit from the defender, and celebrated with a hearty spike.

The score broke a 3-3 tie and put the Steelers on top for good, beating the Jaguars 17-9.

It was Palmer’s only catch of the season, matching what he had the year before, though that one went for eight yards minus the end zone trip. Palmer hardly even played for the team, 76 snaps in two years, making him somehow less relevant than Sean McHugh. 2014 was also Palmer’s final season in the league, a quiet career that finished with just 23 receptions, though he found the end zone four times, including this game against Jacksonville.

But he made his final catch count and gained a brief moment of football glory before moving on with life’s work.