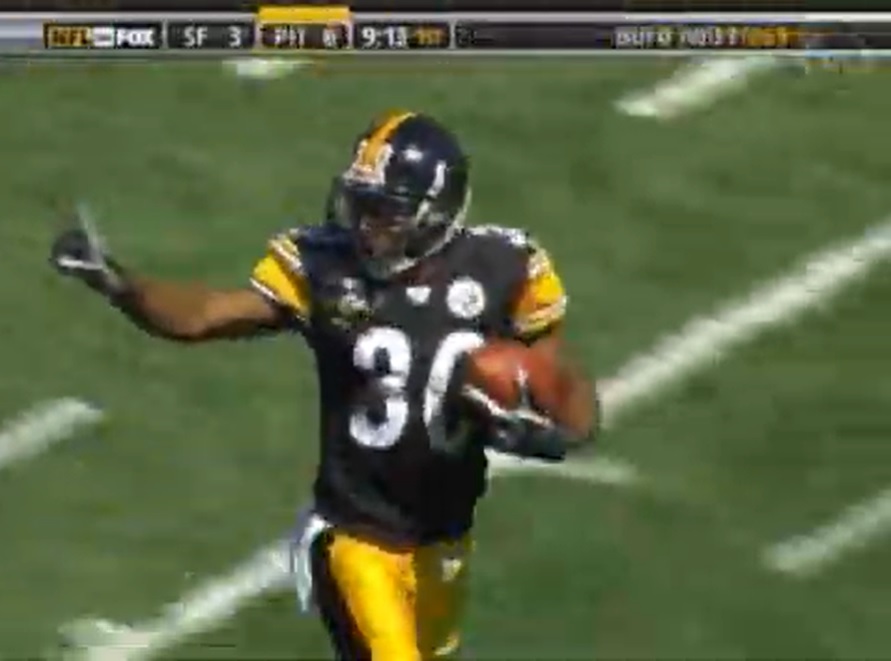 Mike Tomlin has always had a weird aversion to not allowing defensive players to return kicks or punts. It’s always been a running back, even burly ones like Najeh Davenport or Gary Russell, or a wide receiver. The idea being those are the guys who touch the ball every day in practice and those are the ones who should handle return duties. Which, sure, fair enough.

The only exception to Tomlin’s “rule” came in 2007, his first year as head coach, when the team traded for Allen Rossum before the start of the season. Despite Rossum’s success, including a touchdown we’ll look at today, Tomlin’s turned up his nose to the idea.

Rossum is a Steelers’ unicorn. A Pittsburgh defender returning a kick is a myth, a legend. He’s Zeus, God of Kick Returns, and he threw his lightning bolt down against the San Francisco 49ers in Week 3.

The 2-0 49ers had taken an early 3-0 lead thanks to a Joe Nedney 32-yard field goal. Rossum quickly erased it with a 98-yard return on the ensuing kick, bursting up the middle before veering to his right and beating Nedney down the sideline and into the end zone.

It was the team’s first kick return touchdown since 2002 when Antwaan Randle El ran one back. Rossum’s score vaulted Pittsburgh into the lead as the catalyst in a blowout win. Despite that moment and an overall solid season, Rossum was gone by 2008. In fact, he was picked up the the 49ers, the very team he scored against. There, he found the end zone again and finished sixth in the league in kick return average. The Steelers turned to Davenport, Russell, and Mewelde Moore as less-than-stellar replacements and finished 29th in kick return average. Football karma.

Since then, offensive players have ruled the returns. That’s probably common for most teams but Tomlin’s insistence on it is next level. Cam Sutton has occasionally cracked through on punt returns but only in emergency situations where the team had no other choice.

You’d think Rossum’s return would’ve changed Tomlin’s perception. If anything, it made him more stuck in his ways. And makes for an obscure moment in Rossum’s career and in recent Steelers’ history. Since 1980, the only two Steelers’ DBs with a kick return touchdown are Rossum and the great Rod Woodson.