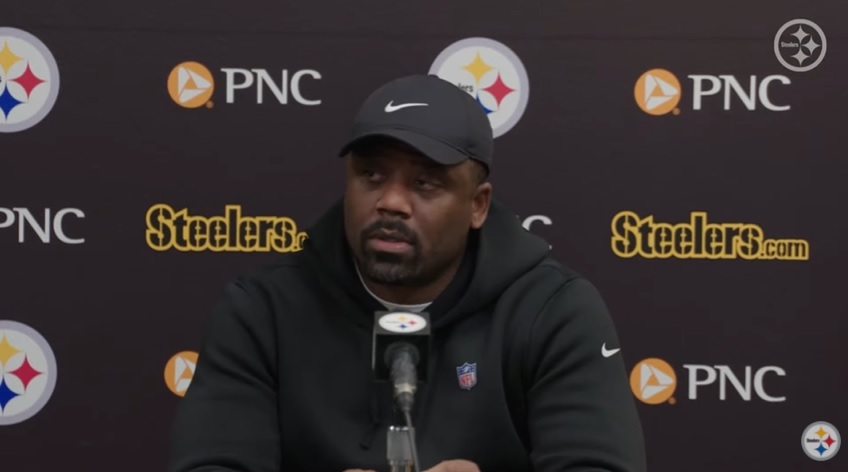 Bet on that being one of WRs Coach Frisman Jackson’s go-to phrases that will trickle down to his players this summer. Hired to replace Ike Hilliard, Jackson has repeatedly stressed the need for Steelers’ receivers to be versatile, a point he reiterated in speaking to reporters Tuesday, as shared in this video from the Trib’s Chris Adamski. He started things off with that phrase – the more you can do.

Steelers WR coach Frisman Jackson on how he expects all his WRs to learn each of the WR spots in the offense pic.twitter.com/J1kiQLpfgQ

“The more you can do, the more you can do. I tell these guys, we’re all positionless players. We gotta be able to line up anywhere on the field. You can’t just put yourself in one spot and say, ‘I’m a X or I’m a Z.’ Because you’re going to limit your ability to do stuff. We got some good guys on the outside so I can’t say I’m just an outside guy if I want to play.”

A lack of versatility hindered the Steelers’ offense last year. The team lost JuJu Smith-Schuster early in the season and struggled to replace him in the slot, relying on gadget guy Ray-Ray McCloud to handle the bulk of the role. Chase Claypool didn’t often kick inside, which effectively blocked James Washington from seeing snaps, who also lacked slot value. It hindered an already sluggish offense and bogged the passing game down even more.

Pittsburgh’s begun to address that by adding two versatile players in the draft. George Pickens and Calvin Austin III were primarily outside receivers in college but have the versatility to move all over the field. Austin is projected to play most of his snaps in the slot for the Steelers but has the comfort to play on the perimeter. Pickens is a fluid athlete with the ability to line up all over the field, playing the X and Z in college while seeing practice reps in the slot.

Jackson’s point has already gotten through to the players. Austin recently said he’s being asked to learn different positions to get a broader and better feel for the offense, something that should accelerate his development;.

“That’s one thing that [Wide Receivers Coach Frisman Jackson] does a great job at,” he told The Fan last month. “You’re not gonna just come in and learn one position. You gotta know the whole play, the whole concept.”

There should especially be chances for guys like Austin and Pickens to play in the slot this year. The slot, or “F” position as the team calls it is wide open after Smith-Schuster left for Kansas City. As Jackson hints, the team has two outside receivers in Diontae Johnson (the X) and Chase Claypool (the Z). Still, those guys are going to mix and match, and Pittsburgh’s receiver room will look far less static than it has in years past.