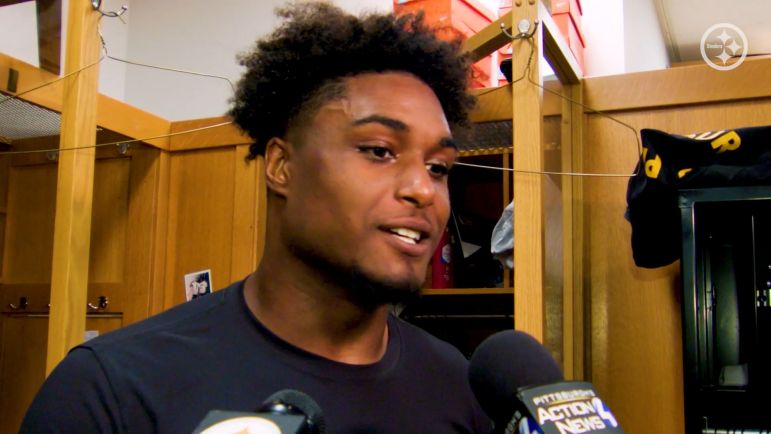 Most teams think it’s great to have alumni who remain invested in the organization’s future. It tends to be a little bit more convenient when things are going well, of course. It’s never worse than when things are going uncharacteristically bad, though, and we have had a few of those moments in recent Pittsburgh Steelers history, moments that have had certain alumni calling the team out, basically saying that they don’t recognize it as the team they once played for.

Merril Hoge has gone both ways in his comments about the Steelers in the past. Though a running back, he shared an awful lot of opinions about the current defensive side of the ball, however, when he appeared on The PM Team show on 93.7 The Fan yesterday, a hot topic given Stephon Tuitt’s retirement and the shakeup at inside linebacker.

With Devin Bush coming off of a very down season and yet another swap at the other starting position, bringing in Myles Jack, and following an absolutely awful year for the run defense, the inside linebacker position has been under the microscope. But Hoge does see some hope—albeit not in Bush.

“When he came out, I really liked Myles Jack”, he said. “He was a terrific football player. I really did. I haven’t [gone] back and looked at him last year in great detail, so I can’t speak to last year. I know he had an injury, I believe. But I can just tell you this. When he came out, I really liked him. He was a very versatile player. Instinctive player. I do believe he is an upgrade”.

A former 36th-overall pick who would have surely gone in the first round had he not suffered a serious knee injury just before coming out, Jack spent his first six seasons in the NFL with the Jacksonville Jaguars before they released him earlier this offseason. The Steelers signed him to a two-year, $16 million contract to replace Joe Schobert, whom they released shortly after making Jack’s signing official.

Hoge conceded multiple times that he had not watched Jack closely much from last season (and it wasn’t one of his better seasons, certainly), making it difficult for him to comment on what he currently sees. “But if he’s played like he has played in the past”, he said, “and I’ve watched him throughout his career, he’s an upgrade”.

Jack does have three 100-tackle seasons under his belt, including each of the past two seasons, but he has never put up the sort of statistics that typically define an ‘explosive’ player. He has just three career interceptions and two forced fumbles with four recoveries, with six and a half sacks. Lawrence Timmons nearly put up that line during the 2012 season.

Absent from this discussion is that how the linebackers look will be shaped in part by how well the Steelers manage to occupy the vacancy left behind by Stephon Tuitt’s retirement with some combination of Chris Wormley, Isaiahh Loudermilk, Tyson Alualu, Montravius Adams, and DeMarvin Leal.