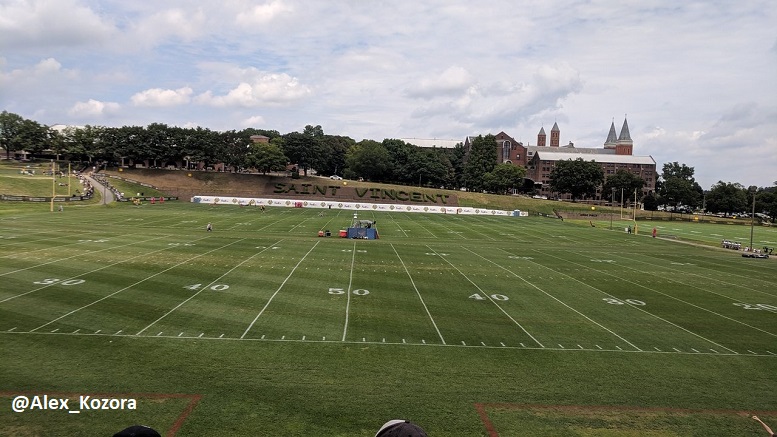 Thanks to the COVID-19 pandemic, the Pittsburgh Steelers haven’t been able to conduct their annual training camp at Saint Vincent College in Latrobe. This summer, however, the plan is for the Steelers to return to Latrobe and that will certainly please a large portion of team’s fanbase. With it being so long between training camps at Latrobe, this year will mark the first time that most of the players currently under contract with the Steelers will get a chance to partake in practices at Saint Vincent College.

The Steelers broke their annual mandatory minicamp on Thursday with 89 players on their active roster. Only 21 of those 89 players have been to training camp in Latrobe with the Steelers before, however. The full list of those 21 players is below and it’s headlined by several key veterans in the form of defensive tackle Cameron Heyward, nose tackle Tyson Alualu, outside linebacker T.J. Watt and cornerback Cameron Sutton.

How many of these 21 players will ultimately make the Steelers 53-man roster after camp breaks? That’s yet to be determined but it certainly won’t be all of them.

The Steelers’ players will report to training camp at Saint Vincent College in Latrobe on Tuesday, July 26, and the team’s first practice open to the public will begin on Wednesday, July 27, with the first practice in pads taking place on Monday, August 1.