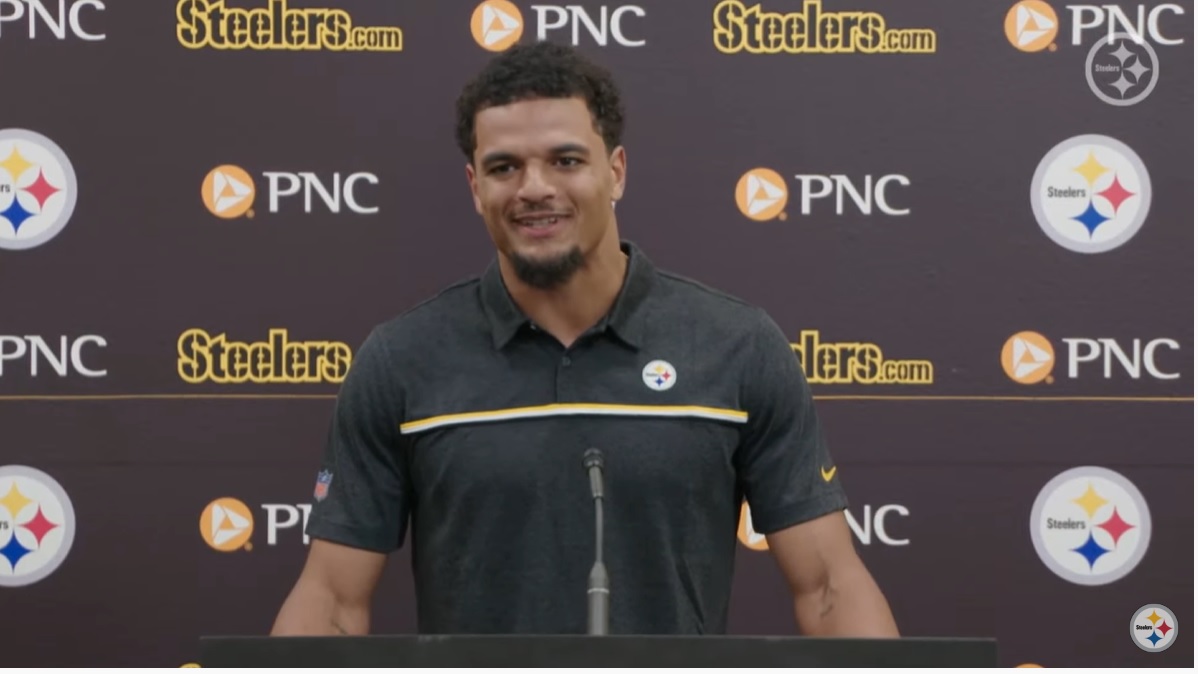 They say that with great power comes great responsibility—and money is a form of power. Minkah Fitzpatrick is now the highest-paid safety in NFL history, and one of the highest-paid players on the Pittsburgh Steelers roster behind only T.J. Watt. So what does that mean for him, personally? Does it place more pressure on him to be great?

“I think because I’ve done it there’s no pressure for real”, he told reporters during his press conference following the signing of his new contract. “That’s the standard that I hold myself to, day in and day out. It’s the standard that my teammates hold myself to, day in and day out. But no, I don’t think there’s any pressure. I mean, obviously I have to hold myself to that standard. But [it’s] just an opportunity to prove that I am what I say I am”.

A former 11th-overall pick out of Alabama in 2018, Fitzpatrick first found his way to Pittsburgh via trade two games into the 2019 season. He quickly established himself with the Steelers, being named a first-team All-Pro both that year and in the following season. Although he did not receive post-season accolades in 2021, he remains regarded as easily one of the top safeties in the NFL.

Fitzpatrick posted 129 tackles last season, which is not a good thing because of what it meant for the defense, but his high tackle count is a testament to his ability to play as that last line of defense—had he not done it so well, his tackle count would be lower and the Steelers’ run defense would have looked even worse.

He ‘only’ had two interceptions last season, and seven passes defensed, compared to the nine and 20 that he had combined over the previous two years in Pittsburgh, but teams were still throwing away from his direction.

The season started somewhat precariously for him, as the Steelers were undecided about how they would tackle the slot nickel position after losing Mike Hilton in free agency. They also parted with Steven Nelson, propelling Cameron Sutton into the starting lineup.

As a result, there was a lot of mixing and matching going on in the early portions of the season, which found Fitzpatrick spending time in the slot and even in the box. It wasn’t until more around midseason that they began to solidify roles and find candidates to go jobs Fitzpatrick then wouldn’t have to do, allowing him to focus on the area in which he excelled, which was free safety.

And surprise, surprise, he was once again one of the very best safeties in the NFL during the second half of the season when he was allowed to be the player that they originally acquired him to be. Those who care saw it on tape. He knows he has nothing to prove in terms of his past resume. Now it’s just about continuing to be the player he is—only a better version of it each year.