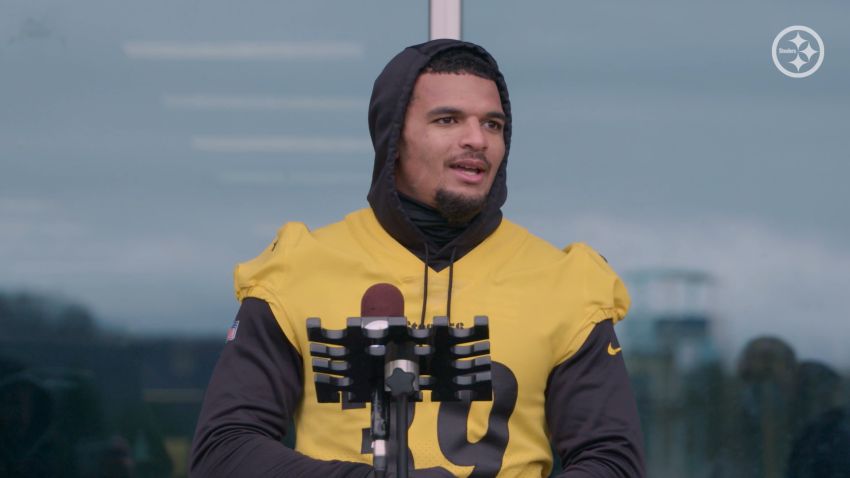 Who doesn’t like a little secrecy and being left in he dark?

Well, most people, to be completely honest with you. Being in a state of the unknown can be frustrating for anyone who wants certainty on a given situation. That is exactly how the media and Steelers fans in general may feel after S Minkah Fitzpatrick told Pittsburgh Post-Gazette’s Ray Fittipaldo that he “wasn’t answering any questions” as the team heads into their third and final week of OTAs.

Minkah Fitzpatrick, who also is entering a contract year, said he’s not answering any questions.

This shouldn’t come as a surprise as Fitzpatrick and the Pittsburgh Steelers are undoubtedly working on a contract extension for the All-Pro safety this offseason as he heads into the final year of his rookie contract after Pittsburgh picked up his fifth-year option of $10,612,000 fully guaranteed for the 2022 season.

While media members and fans alike may feel like they are “in the dark” when it comes to the contract negotiations of one of the team’s star players, it’s best to understand this situation from Fitzpatrick’s perspective, as well. Football is this man’s livelihood, and his play and actions both on and off the field up until this point have set him up to potentially become the highest-paid safety in the league this offseason. This deal expects to be life-changing money for Fitzpatrick and his family, resulting in him not only becoming financially for the rest of his life, but also being able to provide for his parents and immediate family, as well.

The Pittsburgh Steelers recognize this and are prepared to sign Fitzpatrick to a “market-setting contract extension” according to a report by ESPN’s Jeremy Fowler that was detailed here on the site a few weeks ago. Dave Bryan of Steelers Depot has often pointed to a new money average of $18 million annually to re-sign Fitzpatrick, which would have him bypass Seahawks S Jamal Adams at $17.5 million per year, which tops the safety position as we sit here today.

Minkah Fitzpatrick has really become an impressive technician this season. He already was before but upped his game as a tackler and even in coverage.

Love the finish here. Dives to separate player from ball on this crosser. #Steelers pic.twitter.com/1fQwxowVB0

The report by Fowler also stated that Pittsburgh wouldn’t be in a hurry to get an extension done with Fitzpatrick, likely waiting until late July at the earliest when training camp begins for the two sides to come together to strike a deal. Former GM Kevin Colbert basically told me the same thing at the NFL Combine in March, stating that while they recognize Fitzpatrick to be a great player, they would “address his contract status at the right time”.

Asked Colbert about a Minkah Fitzpatrick extension and the possibility of a potential "hold in" during traing camp. He smirked and said, "Minkah is a great player and we would love to keep him here. However, we'll address his contract status at the right time after the draft."

Therefore, when Minkah Fitzpatrick says that he isn’t “answering any questions” during the OTAs portion of the offseason, I honestly have little cause for concern. The organization has shown us multiple times that they don’t plan on starting contract talks with Fitzpatrick until the team reports to training camp at Saint Vincent College in Latrobe on Tuesday, July 26. While it would be nice to have Minkah Fitzpatrick give some insight on the contract negotiation process from a coverage standpoint, that is honestly a conversation best-suited behind closed doors between his representatives and the Steelers organization given the nature and importance of a negotiation of its magnitude.

All in all, don’t be concerned in the comments of Fitzpatrick not speaking to the media or refusing to take questions at this time. As we have been speculating for months here at Steelers Depot, look for the two sides to come together shortly after arriving to training camp and a deal to be made that keeps Minkah Fitzpatrick in Pittsburgh for the foreseeable future.