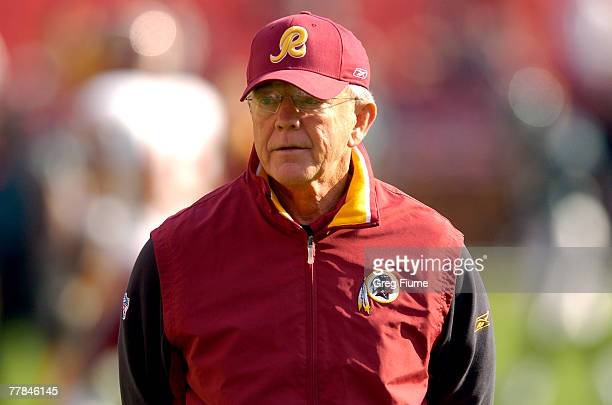 Pittsburgh Steelers HC Mike Tomlin was a guest on the most recent edition of The Pivot Podcast with Ryan Clark, Channing Crowder, and Fred Taylor, and spoke on various topics will be like regarding the hiring of Brian Flores, what it was like to coach Ben Roethlisberger and what life without his long-time franchise QB this upcoming season, coaching Antonio Brown, the incident with Jacoby Jones along the sideline, and the standard of winning Super Bowls for the Pittsburgh Steelers.

When asked by Ryan Clark if there is any specific coach or player that Tomlin had reverence for as a competitor on another team throughout his time in the NFL, Tomlin provided a name not many would expect to be the first to come to mind.

“I don’t know that I’d allow myself to see current people, coaches and players that I competed against in that way,” Tomlin responded to Clark on The Pivot which also aired live on the show’s YouTube Channel. “I got funny when we played the Redskins in a preseason game, when Joe Gibbs came back, cuz I grew up on Joe Gibbs. I’m a Virginia boy. And so like I was like ‘Coach Gibbs,’” Tomlin said with a laugh.

Listen to @steelers HC #MikeTomlin talk about one of the only times in his career when he had one of “those moments” meeting #JoeGibbs on the @thepivot. #HTTC  @Commanders @BRGNDYInfantry pic.twitter.com/ZA3I87BQCd

Born in Mocksville, NC back in 1940, Joe Gibbs has left quite an impact in the area surrounding Virginia during his football life. He held several positions in the college game until getting his shot in the league as the running backs coach for the St. Louis Cardinals back in 1973. He became the Washington Redskins head coach in 1981 and held that position through 1992, ultimately coming back to coach the team from 2004-2007 in the same capacity. In his coaching career, Gibbs finished with a 154-94 record in the regular season, along with a 17-7 postseason record which resulted in three Super Bowl titles for Washington. Gibbs’ success as a coach resulted in him being inducted into the Pro Football Hall of Fame in 2020.

With the team located in Ashburn, VA and Tomlin born and raised in Hampton, VA, it’s easy to see how Gibbs left such a profound impact on Tomlin growing up as a young man with a passion for the game of football.

“I’m thinking about like, ‘I’m get a chance to say hello to him after the game,’” Tomlin continues when talking about Gibbs. “I had one of them goofy moments, you know what I mean? That that’s really the only time that I could just allow when, when Joe Gibbs came back. Yeah. I was like, ‘Oh man. Okay. Joe Gibbs’, you know? Yeah, being a Virginia boy growing up in the VA in the eighties, that was a trip for me. That was cool.

Tomlin spent a good portion of his young football life in the Virginia area, starring at Denbigh High School before going on to play college football at William & Mary. Immediately after college, Tomlin got his first coaching gig at VMI in Virginia as a wide receivers coach. Given that Gibbs was in the spotlight leading Tomlin’s hometown pro team in the area up until his sophomore year in college, it’s understandable why Tomlin has such reverence for the Hall of Fame coach who captained three Super Bowl-winning teams during his tenure.

It’s important to have role models and people we look up to in our profession. Tomlin recognizes Joe Gibbs as that kind of person for him, likely picking up things that Gibbs has said or implemented over the years and made that part of his own coaching philosophy. Given the caliber of coach and man Tomlin has become, Pittsburgh Steelers fans can thank Gibbs for the role he has played in the development of one of the best coaches in the league today.