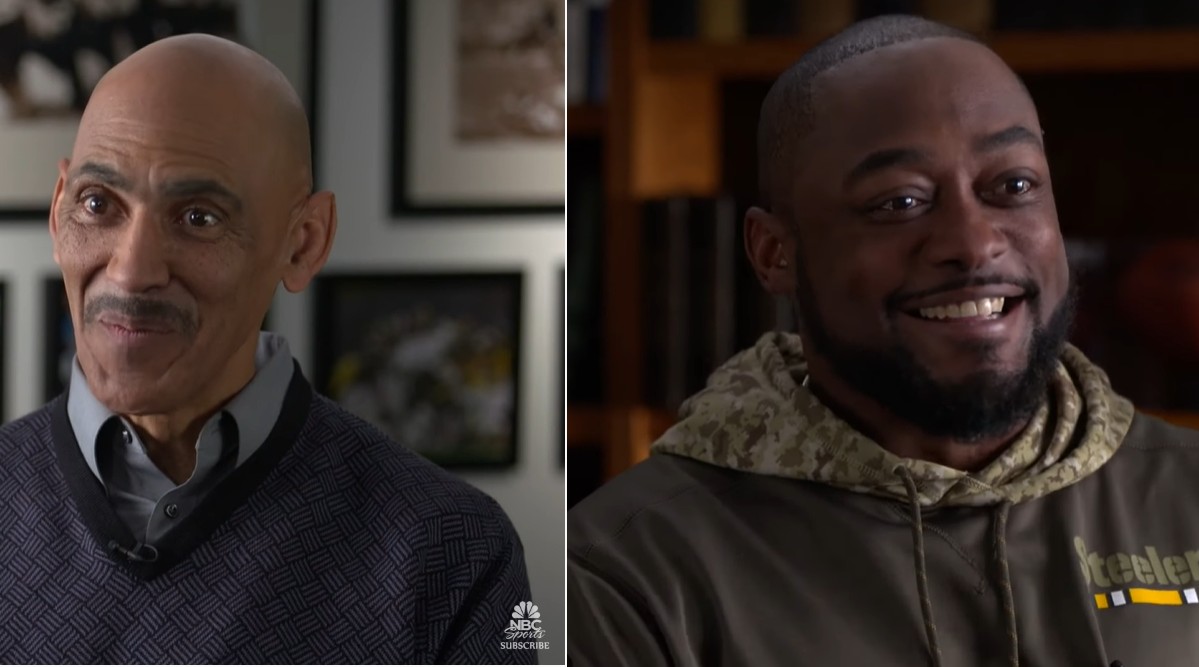 If there’s two dudes you want to get an education in life from, it’s Tony Dungy and Mike Tomlin. During today’s ManUp Conference, the two shared the stage for the first time in the conference’s history. Dungy appeared virtually but still carved out time to speak alongside Tomlin, who attended the event in-person. Much of the discussion centered around the program’s purpose, combatting fatherlessness in Western PA, but the conversation also took Tomlin to his roots as a NFL coach. And Dungy’s impact on him.

In 2001, a 28-year old Tomlin was hired by Dungy as Tampa Bay’s defensive backs coach. It was Tomlin’s first NFL job and he was juggling being a coach and a dad, his first child born three months earlier. Tomlin told the conference exactly how he was feeling.

“I was scared to death.”

Tomlin showed up to Tampa Bay’s facility for his first official day on the job, expecting to grind the next eight months away. Dungy called Tomlin into his office, Tomlin doesn’t quite remember why, but what happened next is all that’s important.

Tomlin walked into Dungy’s office and the first thing he saw was Dungy’s son there too, playing video games while Dungy got his work done. At that moment, something clicked for Tomlin.

Seeing that made Tomlin realize the importance of infusing and balancing family and football. He worked at a place that allowed him to do it. In fact, Dungy credits his head coach, Chuck Noll, for instilling those family values with football. Noll held family day every Saturday at practice, even allowing kids and wives onto the team’s practice field during the team’s workout. Dungy would say that became a culture shock at Indianapolis, something that would never be allowed under Jim Mora, and that players had to adjust. Peyton Manning especially, who liked to use those Saturday practices to clean up any mistakes made over the week. But he too understood Dungy’s point and when Manning signed with Denver, he convinced Broncos’ head coach John Fox to do the same.

For Tomlin, seeing Dungy and his son in that office was the perfect image of balance. A concept and value Tomlin adopted when he became head coach and families and kids are welcomed during the week in Pittsburgh. There’s always a Family Day at training camp too.

From Noll to Dungy to Tomlin. Decades of traditions, of core values, of family. And that moment of meeting Dungy in his office on Day One shaped who he is today.