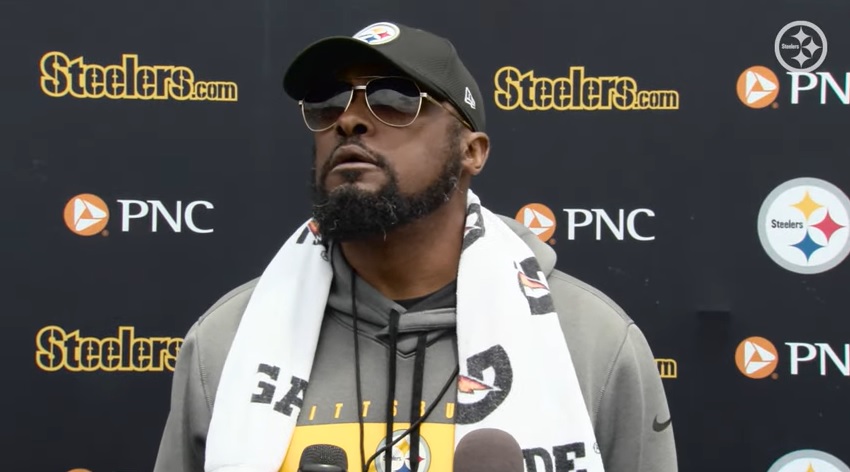 You might be wondering why the Pittsburgh Steelers are in minicamp this week, even though last week was just week two of OTAs. We typically have 10 OTA practices broken up over three weeks, but those practices, which are always voluntary, come only at the discretion of the team, generally from the head coach.

Steelers head coach Mike Tomlin acknowledged after practice yesterday that it was his call to have only two weeks of OTAs this year. Asked for an explanation as to why he voluntarily gave up four practice sessions that were available to him, he simply answered, “Personal choice”. Is he insane?

If so, then many other head coaches have been insane in the past. New England Patriots head coach Bill Belichick has trimmed down his own OTA schedule multiple times. This year, the Philadelphia Eagles, the Los Angeles Rams, and the Cincinnati Bengals have also trimmed their OTA schedules down to six or seven days, rather than the allotted 10.

While this is the first time that I can recall Tomlin in his 16 seasons skipping an entire week of OTAs (he regularly uses the 10th day as an off day for some sort of team-bonding experience, such as a trip to Dave and Buster’s), it doesn’t really feel altogether shocking.

Yet there is so much new going on with the team this year. New quarterbacks. New terminology. Several new starters added via free agency, on both sides of the football. Why not get as much time on the practice field installing the new concepts as possible?

So why is it, exactly, that fans find OTAs more important than coaches sometimes seem to do? Why did Tomlin pass up an extra week of practices? Was it to give his players an extra week of down time before the start of training camp?

The team will be going back to Latrobe for the first time in a couple of years, after the COVID-19 pandemic caused the NFL to prohibit teams from traveling for training camp. A lot of people may not have traveled much in the past couple of years for the same reasons. Maybe Tomlin has a nice vacation planned.

Whatever the reason, I’m finding it increasingly difficult to care that Diontae Johnson didn’t show up to every OTA event. If the coaches don’t think it’s so important to have every possible moment on the field in the spring, I’m not going to worry about it too much. The likelihood of them losing a game in November because of something they didn’t do at the UPMC Rooney Sports Complex in early June is incredibly low.