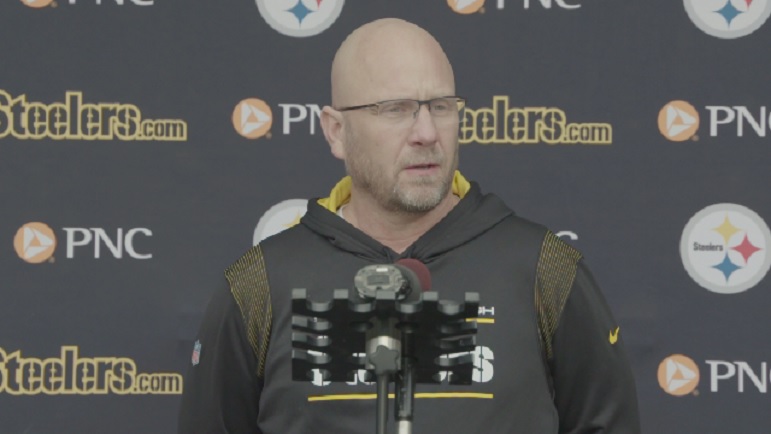 One of the more glaring issues with the line last season was the lack of cohesiveness with multiple rookies and journeymen being thrown together. Players being more familiar with each other into mandatory minicamp and throughout the rest of the offseason is something the Steelers, especially offensive coordinator Matt Canada, know has to improve.

“Chemistry’s been great. I think those guys are working hard,” Canada told reports, as tweeted by the Trib’s Chris Adamski Tuesday. “I enjoy them a lot, great couple guys in with James (Daniels) and Mason (Cole), (they) have played a lot of football and been around a little bit. So I think that’s been fun to get to know him…the o-linemen are probably the ones you don’t feel the most until you get into camp and put the pads on.”

Matt Canada on the chemistry of the Steelers offensive line pic.twitter.com/VLdZWfkVc9

It certainly can’t hurt that the Steelers grabbed two ascending veterans in free agency that both can start right away. They should benefit heavily from Daniel’s presence, considering he was one of the better interior lineman from a season ago and far and away the best player on a rather disappointing Chicago offensive line. And while Mason Cole isn’t exactly a flashy signing by any means. He’s versatile and can provide players like Dan Moore Jr. and Kendrick Green with a little bit of direction as they enter their sophomore campaigns.

Plus, the Steelers have already essentially laid out their plans for who the starting five offensive lineman should be. Whether it’s Green or Kevin Dotson at left guard is irrelevant to the fact that both guys should get first team reps throughout the offseason and the Steelers can see which player fits into the position the best. But that competition is something that pales in comparison to the problems the Steelers had last year after losing guard David DeCastro to retirement and being unable to find a replacement until late in the offseason.

This year, the Steelers appear to have all of the pieces in house already, allowing for the Steelers to weigh their options and the guys up front to really get to know each other.