The Pittsburgh Steelers have more deletions to their scouting staff. After officially wiping Brandon Hunt and Rick Reiprish from the team site yesterday, longtime scout Bruce McNorton’s name also no longer appears on it. 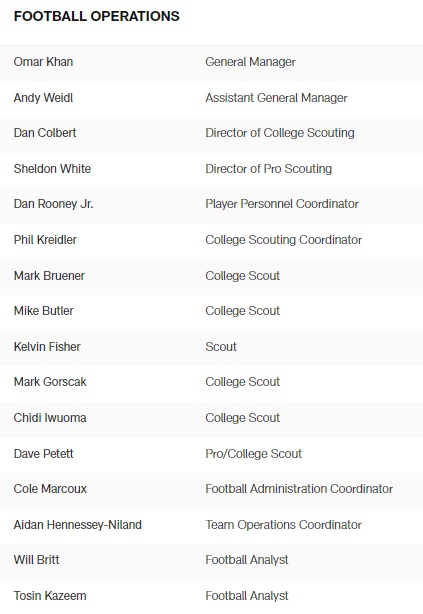 McNorton, 63, had been with the team since 2000, the entirety of Kevin Colbert’s career, and the two worked together in Detroit. When the Steelers hired Colbert, he brought McNorton with him.

McNorton was not a very visible face on the Pro Day trail. In fact, it was rare for us to see him, though there obviously could’ve been times we missed him at a school. According to our Pro Day tracker, we only saw him once in 2022, attending UCF’s Pro Day.

Hunt has seemingly been replaced by Sheldon White but the team will likely need to make new hires to fill the vacancies of Reiprish and McNorton. Those hires are likely to be made public in the coming weeks. It’s the Steelers’ biggest front office shakeup in 20 years, since Colbert was hired. Pittsburgh’s scouting staff was as cohesive as any in football, maybe of any in sports, but it’s undergoing a facelift this offseason. Scout changes were the hidden factor we recently talked about prior to the team’s hiring of Omar Khan.

The Forgotten Factor Of The Steelers Next GM Hire