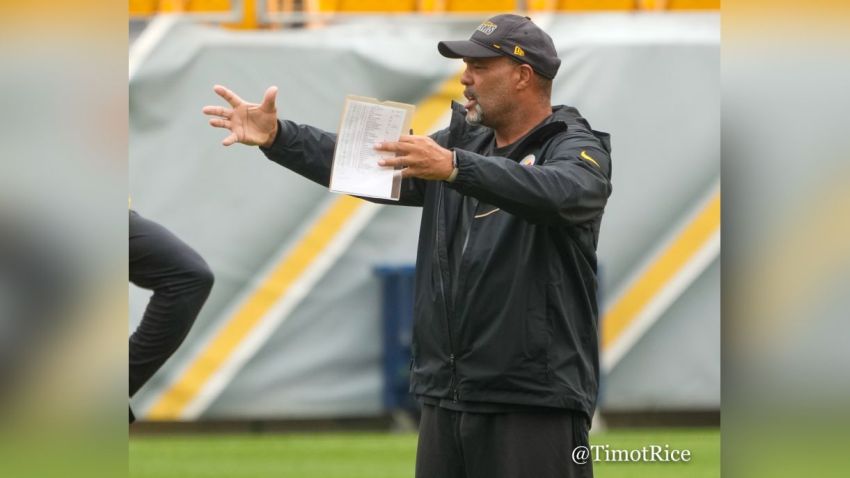 All good coaches are teachers. And Teryl Austin evidently gave Levi Wallace a quick lesson during today’s OTAs. Appearing on Steelers’ Nation Radio with Arthur Moats and Wes Uhler, Wallace shared a cool story of the impact Austin is already having on him.

“He just gave me a nugget right now that I didn’t even think about,” Wallace said on SNR. “I’m like, ‘dang, now that you say that, that does happen a lot.’ It’s so crazy. I played four years without even thinking about that. I’ve been playing on instincts and he was like, ‘[no, do this].’ I was like, ‘dang, that’s gonna be way easier..'”

Unfortunately, Wallace has been around the block enough not to spill exactly what coaching point Austin gave to him. But it’s proof you’re never too old to learn something new. Of course, Wallace is still pretty young but has the experience of a veteran, starting each of the last three years for the Bills.

Austin was promoted to defensive coordinator this offseason following Keith Butler’s retirement as one of the longest tenured coaches on staff. Austin brings a wealth of experience and has been a defensive coordinator before, though his results were mixed. He was fired mid-way through the 2018 season as DC of the Cincinnati Bengals after his unit was repeatedly torched. Pittsburgh scooped him up as their de facto DB’s coach in 2019 and he immediately paid dividends, turning the Steelers’ secondary into ballhawks, though the addition of a guy like Minkah Fitzpatrick generally makes coaches look smarter. Wallace compared Austin to Bills’ DC Leslie Frazier, regarded as one of the top defensive minds in football.

Wallace signed a two-year pact with the Steelers this offseason and could become one of the team’s starting corners, though the rotation is a bit unclear. Pittsburgh also brought back Ahkello Witherspoon and still have Cam Sutton, giving them three outside-capable. Sutton kicking to the slot makes the most amount of sense but the team was reluctant to play him there on run downs last season.

Regardless of how it shakes out, Pittsburgh should have a deeper and more experienced group this year. They’ll need their defense to be the strength of the unit and get back to its playmaking ways after struggling to take the football away for much of last season. A defense that can keep the score down and create short fields for their offense is the winning formula for this 2022 team.