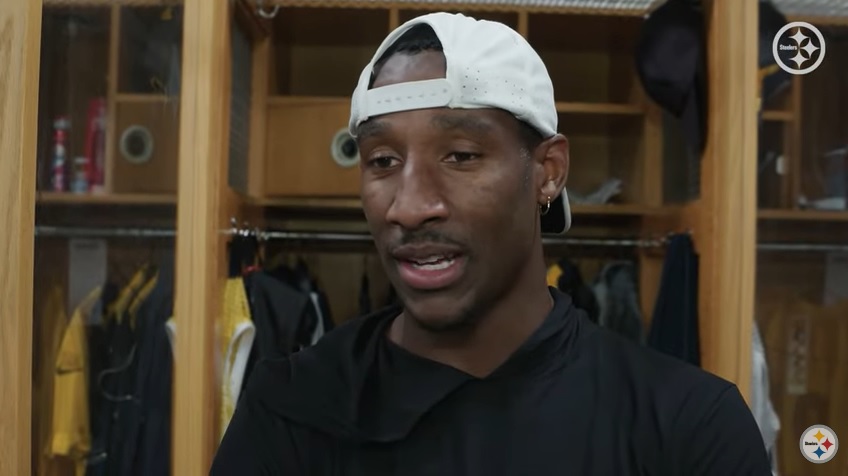 For all the moves that were made this offseason, there is really only one player in the secondary expected to play a prominent role who has had to come in and learn a new defense this year. Ahkello Witherspoon at least spent the 2021 season with the team and even started games, even if he only joined the Steelers on the eve of play.

Levi Wallace, on the other hand, was only added in March as an outside free agent, coming in from Buffalo. Although this is his first time changing teams since arriving in the NFL, signing with the Bills as a college free agent in 2018, it’s not a process he sees as difficult.

“Speaking for myself, I have always been able to pick up defenses really easily”, he told Chris Adamski for the Pittsburgh Tribune-Review during the team’s spring drills. “All it is is just the terminology is a little different, but they have some unique stuff here that we didn’t do in Buffalo”.

The fifth-year cornerback has not previously elaborated in detail on some of the differences that he has seen in the scheme of Mike Tomlin and Teryl Austin in Pittsburgh in comparison to what he had grown accustomed to running up in Buffalo. He has rather just pointed out that it’s different.

“The Bills, I was in that same defense for four years and I could run that like with my eyes closed, so it’s challenging, but it it’s fun at the same time. Just learning new plays”, he said back in May. He also said a couple of weeks after that that “learning defenses comes natural to me”, and that it’s just down to learning new terminology. He even went so far as to say that there are “no new defenses, it’s just how people play it and the terminology”.

Of course, there aren’t a ton of innovations annually in the NFL. Every system everybody is playing around the league is a system that has been played 100 times before, so it’s not as though anybody is learning anything that nobody has ever seen before.

Wallace is a student of the game, somebody who embraces film work, so he has come to be familiar with defenses of all shades, even ones he himself hasn’t personally played in. And of course, any scheme will employ principles from others when the situation calls for it.

He’s not going to be asked to do anything he hasn’t done before or doesn’t know how to do. It’s more about how it all comes together and what those things are being called. The bigger aspect is learning to play with a new set of teammates, but he seems to be meshing well with the group that he’s in now—and it helps having college teammate Minkah Fitzpatrick there, as well.