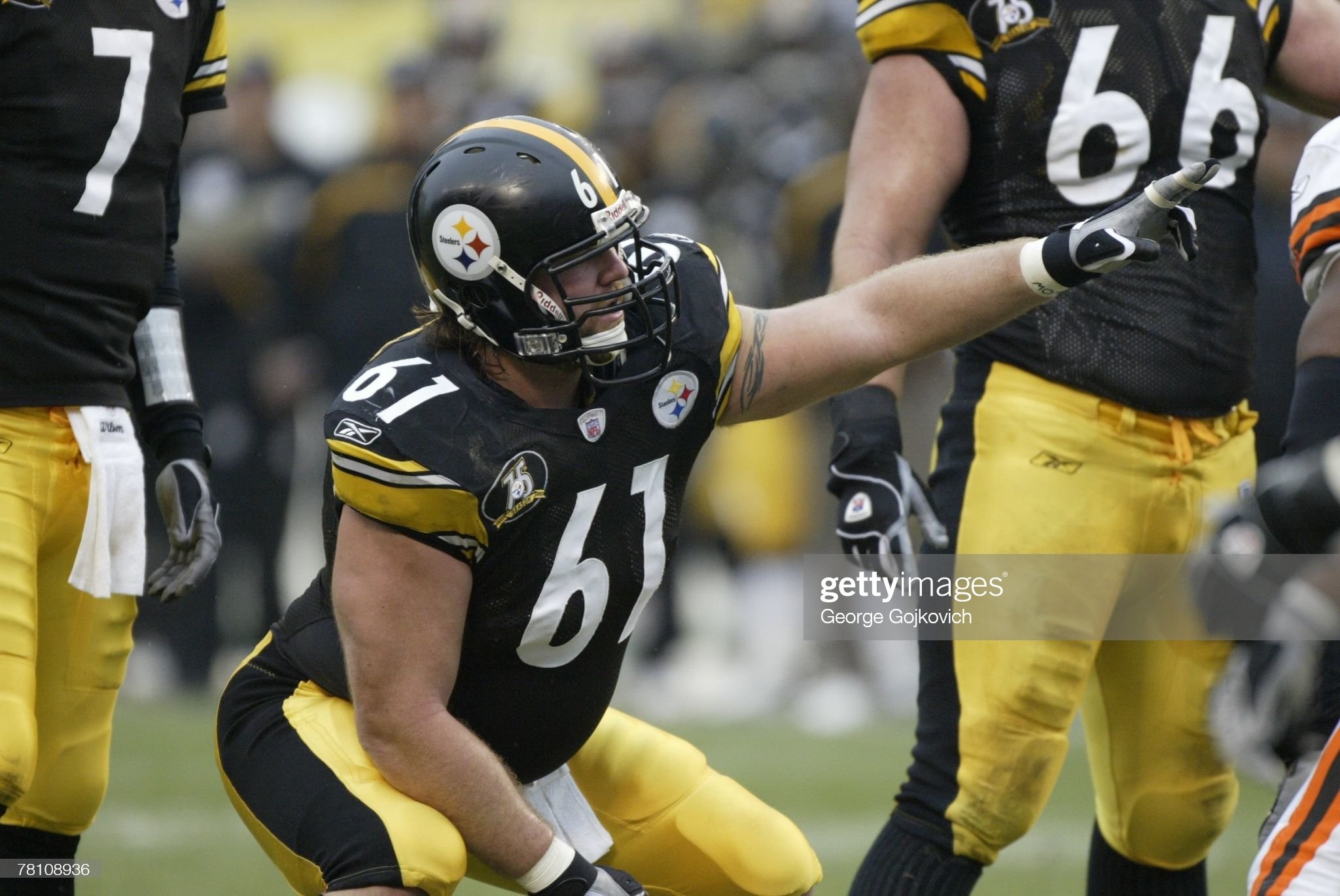 For the era and for Colbert, this was a big-money contract. An attempt to make a serious move to upgrade an offensive line in transition, Mahan, signed over from Tampa Bay, replacing the retired Jeff Hartings, who enjoyed a heck of an Act II in his NFL career, moving from guard in Detroit to center in Pittsburgh.

Mahan, as you know well know, was not the next great center. Or a good one. Or even an average one. He started all 16 games in his first and only year with the Steelers, his contract practically demanded it, but starting a lot and playing well are two different things. There aren’t tangible metrics to quantify Mahan’s game like there is in today’s world, and we weren’t doing film breakdowns and sack charting way back when; I was 14 and trying to get a date to junior prom. I was as successful in that endeavor as Mahan was on the field, an abject failure and mess.

It’s even hard to find much commentary on his play during the season, a center’s woes can sometimes be covered up a bit more than a tackle’s, but this article notes Mahan as a “notable downgrade” from Hartings. Though it’s hard to pin all the blame on one player, the Steelers’ attempt to get Roethlisberger sacked less went up in smoke. Despite 60 fewer pass attempts than 2006, he was sacked one more time, 47 in 2007 compared to 46 the year before.

The only thing Pittsburgh did well here was realizing their mistake. For reasons unclear but ones I’m thankful for, the Buccaneers accepted Mahan back via a trade right before the start of the 2008 season. The Steelers found a new center in Justin Hartwig, who was only marginally better but at a more economical price tag (two years, $4 million). In return Pittsburgh got a seventh-round pick, but more importantly, saved a little bit of face.

After the deal, the pitchforks came out over how bad Mahan was. And they were very blunt about it.

Mahan spent two more years in Tampa as a versatile backup before his career came to an end. It took until 2010 until the Steelers found stability in the middle, drafting Florida’s Maurkice Pouncey in the first round, who became an anchor in the middle and is a borderline Hall of Famer, though I think his odds of becoming Canton-bound dip below 50%. It took only a few years to go from Hartings to Pouncey but it was a painful in between, led by Mahan, arguably Colbert’s worst signing. We’ll look at some others that are right up there before the offseason ends.