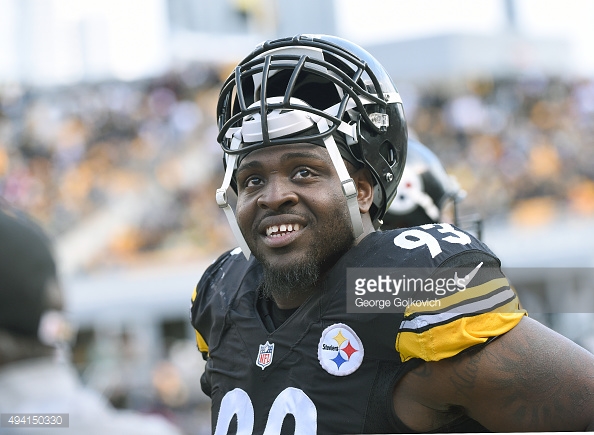 Back to the worst today with DL Cam Thomas.

Financially, Cam Thomas was not a major anchor on the Steelers’ salary cap. And thank God for that. But he is such a notable miss by Colbert I had several readers mention his name after my first “worst signing” article. So by (un)popular demand, we’re talking about Thomas. And with good reason.

Though Colbert and the Steelers didn’t offer Thomas an Albert Haynesworth-level deal, $4 million for him felt like $4 million too much. The year prior, Thomas started ten games for the Chargers but faded down the stretch and was out of the starting lineup and in a reduced role by season’s end.

Still, the Steelers somehow saw enough in him to sign him to a two-year deal for relatively small but certainly not insignificant money, especially for the normally cash-strapped organization. His role was even more important. He entered 2014 as the starter, seeing roughly two-thirds of the snaps. His play picked up where it left off and Thomas was a serious liability on the field.

Pittsburgh opened the year getting gashed against the run. 191 yards by the Browns, 157 by the Ravens. That can’t all be pinned on Thomas, but he certainly was a weak link and it showed. Worst yet, his presence was keeping rookie Stephon Tuitt glued to the bench. Tuitt was a first-round talent who only fell into Day 2 due to a hernia injury and was seeing crumbs for snaps behind Thomas.

Thomas struggled so much that he basically changed the Steelers’ philosophy of playing rookies. Instead of keeping them on the bench their first year (or two) to learn the game and earn their keep, the team gave in mid-way through the season and just like the Chargers, benched Thomas. Tuitt was finally able to crack the starting lineup and never looked back.

In Week 1, Thomas played 67% of the snaps. By Week 17, he was down to just 8%, six snaps in the regular season finale against Cincinnati. Perhaps out of a sunk cost fallacy, the team hung onto Thomas for the 2015 season though he entered and remained as a rotational backup, usually playing just 10-15 snaps per game.

In two years with Pittsburgh, Thomas recorded only 29 tackles and a half-sack as Tuitt blossomed and Heyward began to establish his dominance. The Steelers let Thomas hit free agency after the 2015 season and he signed a minimum-benefit deal with the Rams, hanging around the league the next two seasons before retiring (he did briefly pop up in the Indoor Football League in 2020).

Teams missing on free agent signings are common. Happens every year. What makes Thomas different is how obvious it was. No one, even when he initially signed, saw the move as a shrewd one. The time when a player signs is when fans should be the most hopeful. That in their system, that this year, all the stars will align and the player’s going to work out. Not the case with Thomas. Our site saw the move as a shaky one, writing:

“Not an athlete and quite possibly the slowest man on the field in every game I observed…no one is expecting him to fly around. But the troubling issue is that poor first step. Thomas is very heavy-legged and slow off the ball.”

Check out the comments from Depot Readers when Thomas’ contract terms were announced. Some of them said:

“They must see something in him. I don’t.

What a profession that you can be rewarded multi-million $$ contract for performing poorly and sitting on the bench … nice !

Smells like desperation to me right now. Hope I’m wrong.

Wtf, seems like a little much for this guy.”

All comments that proved to be true and accurate.

As the cherry on top of this crap sandwich, the Steelers opted against signing DL Al Woods, who took a two-year, $5 million deal to land in Tennessee. They chose to save one million and give Thomas that money instead. Woods was and remained a solid run stuffer while Thomas was a negative impact on the team. Just twists the knife that much more.

Thomas wasn’t Colbert’s worst signing. Sean Mahan was worse and there’s others we’ll discuss that surpass his mark. But Thomas was arguably the most frustrating. It was a horror movie. You’re sitting at home, watching the main character walk into the ghoulish-looking building in the middle of night during the storm and yelling Don’t go in there, you’re gonna get yourself killed! But you know he’s going to do it anyway, see that hockey mask flicker in the shadows, and it’s all she wrote. That’s Cam Thomas. Knew it was going to be a bad move and surprise, it was.

Rest In Peace that $4 million. We hardly knew ye.