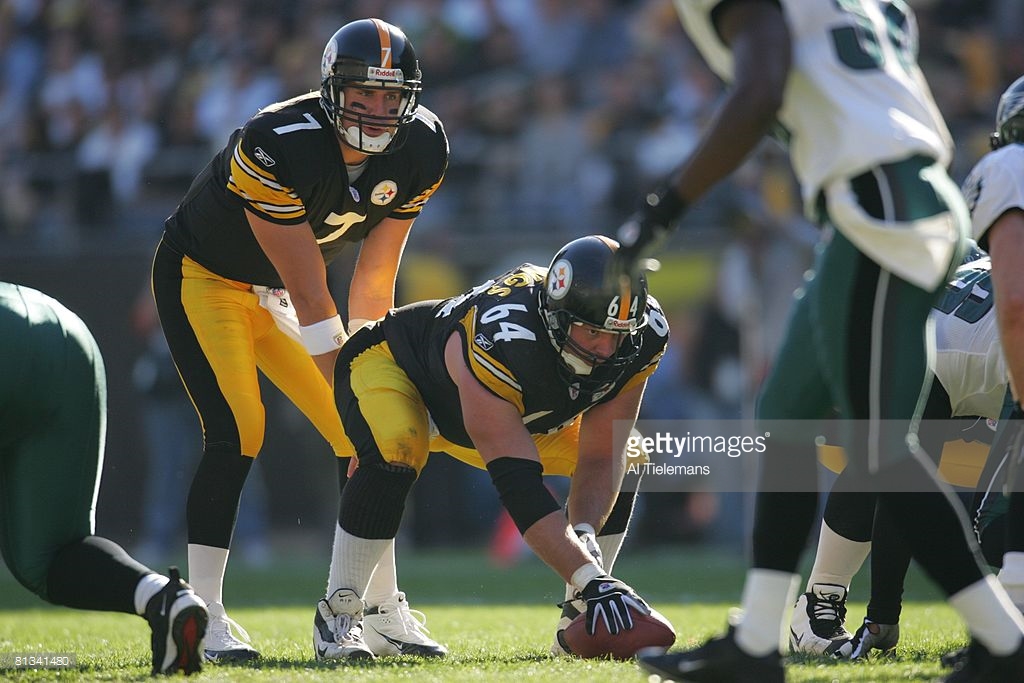 After looking at one of the worst, we’ll recap one of Colbert’s best. Center Jeff Hartings.

I know Kevin Colbert is thought of as this conservative, dumpster-diving frugal man when it comes to free agency. But the reality is when he isn’t hamstrung by the woes of a franchise quarterback, the dude spends money. It just so happens the majority of his career was spent paying Ben Roethlisberger. But his GM tenure is bookended by manageable QB contracts, like in 2001 when the team didn’t have a defined, franchise guy.

With some money in his pocket, Colbert brought over a man he watched in Detroit in Hartings. Pittsburgh didn’t need a guard as badly as they needed a center, so Hartings, a 29-year old established veteran, made the switch to the pivot. Not everyone can handle it but he did it seamlessly. It certainly doesn’t hurt when a Hall of Famer like Alan Faneca lines up to your left. He had big shoes to fill, replacing a legend and Canton-bound player in Dirt Dawson, but Hartings took on that role and assumed it well.

“Obviously we want an athletic guy, and a very smart guy,” Colbert said at the time about Hartings moving to the middle. “Jeff fits both categories. It’s a projection; there is no question about that. But it is a projection that we are obviously very comfortable in making with this signing.”

Detroit’s loss – GM Matt Millen was quoted as saying “Are you out of your freaking mind?” when Hartings asked for more money – was Pittsburgh’s gain.

He started all 16 games in his first year with the Steelers as they went 13-3, a four-win improvement compared to the year before. Hartings would prove to be an anchor in the middle for run-minded Steelers’ offenses, leading the way for Jerome Bettis and Willie Parker during the 2000s.

Put it this way. Every single season Hartings started for Pittsburgh, 2001 to 2006, they finished in the top ten in yards per carry. The year they won the Super Bowl, 2005, they were #1. The year after he left? The Steelers dropped down to 14th.

Unfortunately injuries forced him out the door, though at 34, it came after the end of a pretty incredible career. In all, he played for over a decade and in Pittsburgh, made two Pro Bowls, an All-Pro Team, and most importantly, won a Super Bowl. Hartings was one of Colbert’s first free agent signings and also one of his best. The only downside is that it was followed by one of his worst in Mahan, the anti-Hartings.