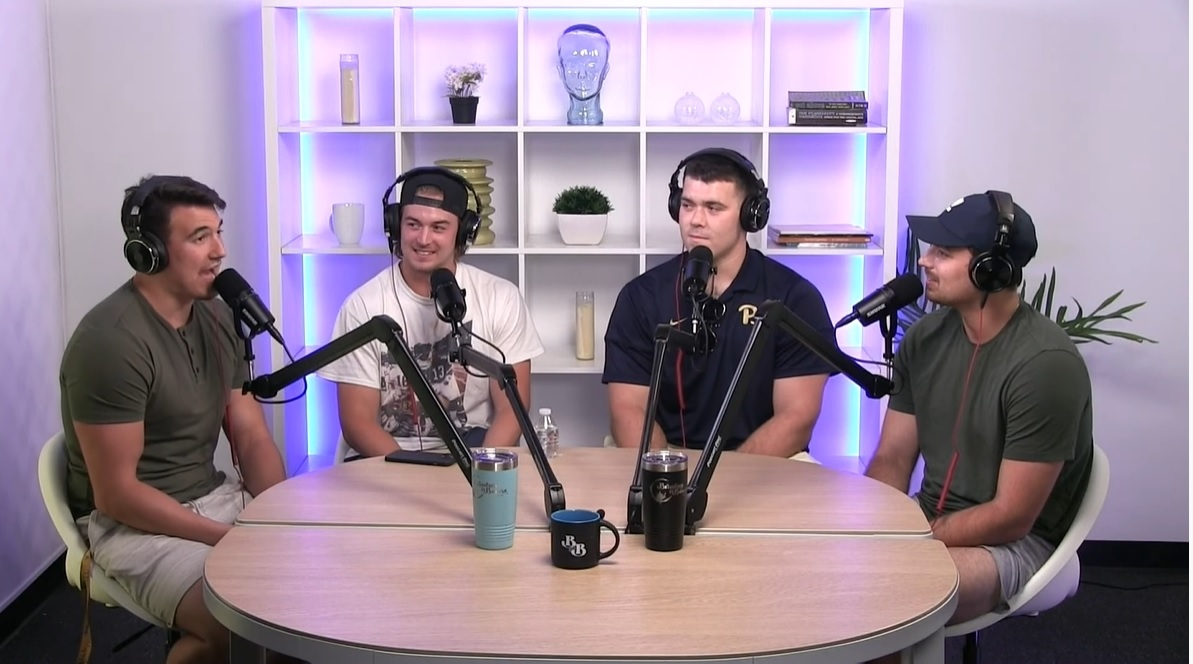 Kenny Pickett’s NFL home might be the same as college but his football days aren’t exactly the same. He compared the college game to NFL in a recent appearance on the Perfect Thursday podcast, hosted by Jim Medure and Jake Zilinskas.

“We had more installs in college, in terms of like number of them,” Pickett told the show. “We had six with the Steelers so far. There’s a lot more volume in each so that they’re not dragged out as much as college was. You have to learn a lot more in a shorter amount of time.”

While many focus on some of the obvious changes in making the jump from college to pro, the speed of the game, how much bigger and stronger everyone is, one of the biggest differences is free time. College is structured, it has a clear flow, and it has to because rosters are bigger and players are younger. In the NFL, there’s practice, meetings, and then you get to go home. How players choose to spend their free time is often the difference between the guys who make it and those who don’t. That’s especially true for the quarterback position as Pickett battles veteran Mitch Trubisky for the Steelers’ starting job, the first true QB battle the team has had in two decades.

Pickett outlined how his NFL schedule has looked through the spring.

“Rookie minicamp, I think we went through like one-and-a-half of the installs, and when I got back, we finished up on Sunday and Monday was our first OTA with the vets, and they were on six. So we had a night to get caught up to six and then get out there and go practice. But, it’s good. It’s just kind of learning by throwing you in the fire and you got to learn. So it’s good. Went well.”

That’s the “learning curve” rookies speak of. They have to go at a slower pace, at least at the start, to get a feel for how a NFL practice functions. The veterans returning have long gone through their initial installs and with a returning offensive coordinator like Matt Canada, already have a solid foundation for how the offense will be run, though Canada seems to be implementing more of “his” offense in his first season without Ben Roethlisberger.

Pickett also discussed the pressure and consequences the NFL brings.

“When you’re coming in, all you’re thinking about is, ‘alright, I gotta learn this playbook. I gotta adjust as fast as I can so I can go out there and play.’ But it’s just different than college. I mean, it’s everyone’s jobs, everyone has families, so you gotta go out there and perform, because if you don’t perform well, it affects them.”

In college, teams lose games. In the NFL, players lose jobs. Few in college lose their scholarship. Few in the NFL play longer than four years. It’s the real-world and either you make it or you don’t, a harsh reality most players haven’t experienced until now. Stars in high school, starters in college, just another guy in the pros.

Everyone will be on equal footing when the Steelers regroup late next month, reporting to St. Vincent College for the first time since 2019. While rookies will still be catching up, the practice reps and installs are the same. Of course, camp signals the real start to the season and the focus is less on installing and learning and more on executing and evaluating. For Pickett, that’s when the real quarterback battle heats up and it’s clear he has a fair bit of ground to make up if he wants to catch – and pass – Trubisky.