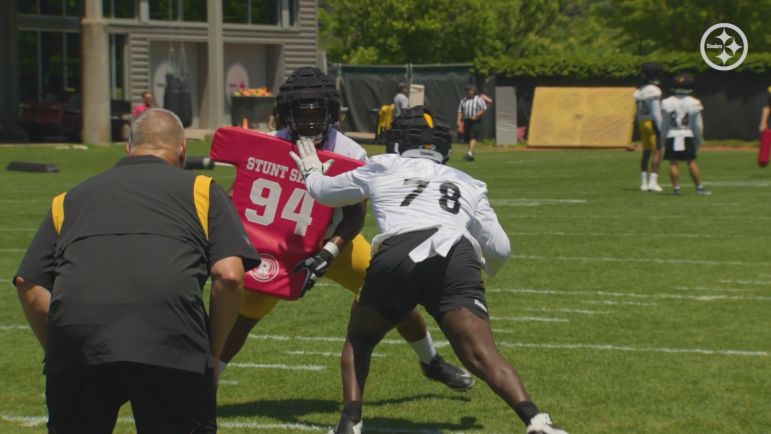 Any great player who is on his rookie contract is going to offer great value. Even the most expensive first-round contracts still pale in comparison to what a genuinely good starting player at his position would get on the open market. So talking about them in terms of contract value relative to negotiating prowess is cheating when considering that those are slotted contracts bound by collective bargaining rights.

The Pittsburgh Steelers, over the past 12 months, have made two players the highest paid at their position in the entire NFL, first with T.J. Watt for edge rushers and then with Minkah Fitzpatrick earlier this month amongst safeties. But they do have a bargain or two here and there.

For Pro Football Focus, their best value contract on the roster is one that they agreed to in March of this year, when they landed Chicago Bears starting interior offensive lineman James Daniels. Though he’s never made a Pro Bowl, the 24-year-old commanded a three-year deal worth $26.5 million, which is the largest contract, in terms of total money and per-year averages, the team has ever given to an outside unrestricted free agent. Brad Spielberger writes:

There is a degree of projection here, but James Daniels has a lot of above-average film on tape for a player who will still be just 24 years old in Week 1 of 2022. Entering his fifth season, Daniels is just nine months older than the quarterback he’ll eventually be protecting in 2022 first-round rookie Kenny Pickett.

Daniels has spent time at all three spots along the interior in his NFL career, finally sticking at right guard — where he’s projected to start for the Steelers in 2022. He is coming off a career-best 71.0 grade, and if you remove Weeks 1-3 as he got his legs under him for the first time ever playing right guard, he earned a 75.8 grade the rest of the way, with grades above 70.0 as a run blocker and a pass blocker.

This signing is betting on traits and talent now that Daniels has finally found a home at right guard, and there’s still room for much more growth. He’s younger than five players taken in this year’s draft class.

Daniels won’t turn 25 years old until September 13, and he already has four full NFL seasons under his belt. Outside of the 2020 season, during which he missed 11 games due to a torn pectoral muscle suffered in game five, he has had great durability.

And he’s gotten better every year, with the 2021 season marking his best, especially the later on in the season you got. While it’s nice in principle for Daniels to have that versatility of being able to play any of the interior offensive line positions, it’s not particularly of benefit for the Steelers and their plan to lock him in at right guard.

I do find myself a believer in Daniels, though. I think he’s going to be a very good starter. It might be a difficulty for him to gain the type of recognition that allows him to actually get voted into Pro Bowls, but I think he has that kind of talent, and he’s certainly the Steelers’ best offensive lineman right now. And locked in at under $9 million per year for the next three years.