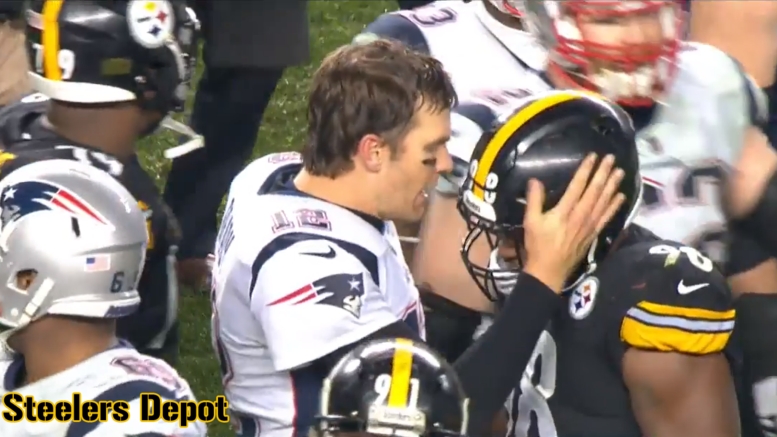 The Pittsburgh Steelers had one of the most talented teams in football, especially on offense, for a stretch during the 2010s. It seemed that it all came crashing down, though, once it looked like the defense was starting to catch up. And then the script flipped, with the offense tanking and the defense returning as the nucleus.

But there was that ‘Killer Bs’ era, during which quarterback Ben Roethlisberger, running back Le’Veon Bell, and wide receiver Antonio Brown represented quite arguably the best trio of offensive players in football, or certainly one of the best. And when fans converse about that era now, it’s always about what could have been.

Not for inside linebacker Vince Williams, who played through that era. Always one ready and willing to burst bubbles when he feels it’s the truth, he was forthright when talking about the idea of missed opportunities, specifically lost championships, during a spot on The Arthur Moats Experience.

Asked how many Super Bowls he feels the Steelers should have won when they had that offensive firepower, he was honest. “None”, he said. “If we could’ve won them, we would’ve won them”.

And there was one reason in particular: Tom Brady, Bill Belichick, and the New England Patriots. The Steelers’ greatest offensive period in their history just happened to coincide with the second half of the long-lasting Patriots dynasty that saw the team win six Super Bowls over a two-decade span with consistent success—including in the postseason—in between.

The Patriots won the Super Bowl in 2014, 2016, and 2018. 2014 was Bell’s breakout year. They lost in the Wildcard Round to the Baltimore Ravens. In 2016, they lost to the Patriots in the AFC Championship game. A year later, a controversial call late cost them a regular-season game against the Patriots that lost them the number one seed.

“We were in Tom Brady’s Jordan era. How many Hall of Famers didn’t get a ring because they had to play Michael Jordan?”, he asked. “Does Reggie Miller suck? Does Patrick Ewing suck? Do they suck? No, they don’t suck”.

Of course, that’s not the sort of answer that fans want to hear, especially from a player. That’s not to say that he’s saying there’s nothing they could have done. It’s just an admission that they had to play in an era dominated by arguably the greatest dynasty in the history of the game, one they had to run up against all too often, to their detriment.

“What do you want to say? Everybody’s like, ‘Oh, was it Ben? Was it this?’. No, it had nothing to do with us”, he said. “We were good. You win some, you lose some, there’s some plusses and minuses in there, but when you’re going against one of those guys, it’s tough”.

“You want the truth, or you want me to lie and make excuses?”, he continued. “I’m not gonna make excuses. ‘Oh, you guys lost to Jacksonville’. Yeah, we would’ve [beaten] Jacksonville and then we would’ve played the Super Bowl champ New England Patriots”.

That 2017 season, as the two seed, they were embarrassed by the Jaguars at home in the Divisional Round. If it wasn’t the Jaguars, it would have been the Tennessee Titans, and then they would have had to play the Patriots in the AFC Championship game anyway, who went on to beat the Jaguars. They ended up losing to the Philadelphia Eagles in the Super Bowl in the most uncharacteristic defensive performance of the Belichick era, but the point still stands. The Patriots were always around the corner, even when the Steelers were at their best and faced their best chances of actually having success. It’s not an excuse—at least not to Williams. It’s more of an admission that they weren’t at that level.