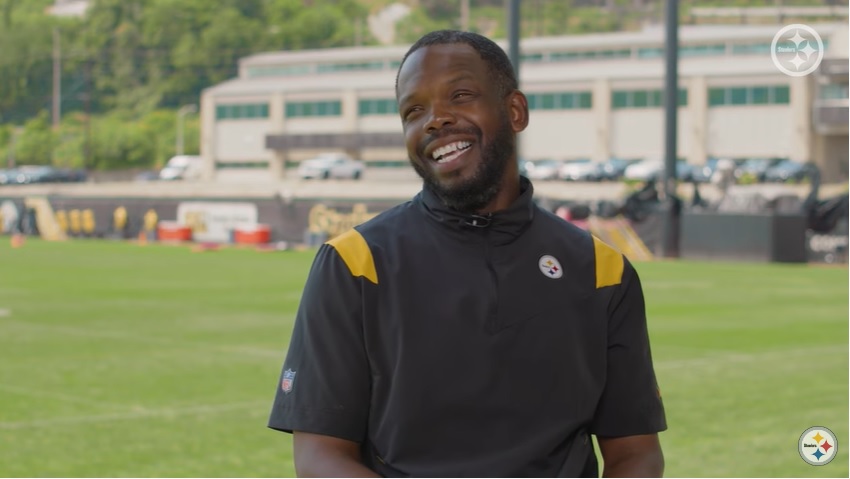 After years in the college game, 2021 was Grady Brown’s first year in the NFL, serving as the Pittsburgh Steelers’ defensive backs coach last season. Like any rookie on the field, Brown knows what he wants to see his unit improve upon heading into his second season. Sitting down with Steelers.com’s Missi Matthews, Brown said Steelers’ DBs must become better tacklers in 2022.

Pittsburgh’s secondary nor its defense as a whole were great tacklers last season and the unit allowed far too many explosive plays. Using Josh Carney’s reports, here’s the missed tackle percentages of each DB in 2020 versus 2021.

The Steelers’ front seven was even worse at finishing the play, and it forced the secondary, especially Minkah Fitzpatrick, to make too many tackles. Pittsburgh’s defensive backs were asked to play the role of linebacker again and again last year. Fitzpatrick had more tackles on plays of 10+ yards than any other DB in the NFL by a wide, uncomfortable margin.

Fitzpatrick had 41 more tackles than the second closest Steeler (Edmunds, 30). Cleaned up a lot of messes this year. #Steelers

Issues across the board caused Pittsburgh to allow 68 total offensive plays of 20+ yards, 26th-worst in the league. An incredible 24 of those came against the run, easily last in the NFL with a wide margin between they and the 31st-ranked New York Jets, who allowed 16.

As Brown points out, missed tackles are often the reason good gains become great runs and the Steelers’ defense must play cleaner this year. Pittsburgh’s defense must be its strength to keep scores down while their young offense goes through their growing pains.