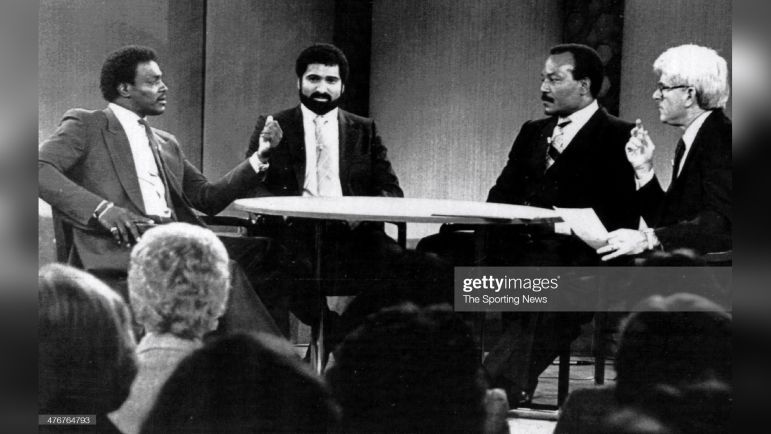 Nobody has worn the number 32 in Pittsburgh for the Steelers since Franco Harris left the team in 1984. Hubie Brown was the last player to wear it before him, but nobody has been assigned that number in the nearly four decades that have passed.

Just like in Cleveland, where nobody has worn that number that once belonged to the great Jim Brown. In fact, Brown is the reason Harris chose to wear the number 32, a story that he recently told during an appearance on SiriusXM Radio recently.

“Football was something that I never really dreamed about and all that sort of thing. It was more baseball and then basketball”, he said. “But I have to say one thing, that, the name Jim Brown, I knew. That was one of the first football names that I really became familiar with, and so in high school I took number 32. I tried to get it at Penn State, but somebody beat me to it, and then I had it with the Steelers, as you know”.

And the rest is history, of course, but the story doesn’t entirely end there. While Jim Brown may have inspired Harris to wear his number as the first football player that he looked up to, Harris actually incurred Brown’s wrath when he approached the Cleveland great’s all-time rushing record, enough to threaten to unretire—nearing two decades after the fact—to make sure that doesn’t happen.

“I have the greatest respect for Franco Harris, but he is just hanging around to try to break my record“, he said back in 1983, via the New York Times. “Even if Franco breaks my record by 500 yards, I will come back.”.

Why? Because of the differences in their running styles. “I represented a certain amount of purity when I played”, he said. “I went for the extra yard. I took the chances. That has a lot to do with who I am, and I’m not going to respect anything less. They say it’s smart to run out of bounds. I don’t care; I’m not going to respect it. When you accept this game, you accept a certain amount of violence. The nature of the game is hitting. If you can only do it for two years, then do it for two years and get out. Otherwise, you’re taking away from the game”.

Both Harris and Walter Payton were on the verge of surpassing Brown’s record entering that 1984 season. Harris was released by the Steelers after demanding a pay raise and ended up finishing out his career with the Seattle Seahawks; he ended up retiring in-season, but Payton went on to break it—with Brown’s blessing, because he respected his running style.

While Harris did not engage in the nonsense that Brown had to say, he would race him in a televised 40-yard dash in 1984. He, then 34 years old, would win, running a 5.16, with Brown, 48, pulling up lame at the end of his 5.72-second time. Brown said he would try out for the Los Angeles Raiders if he could beat Harris. He didn’t, and thus left his record unprotected.

“Franco beat me fair and square”, he said. “I don’t have any excuses”.