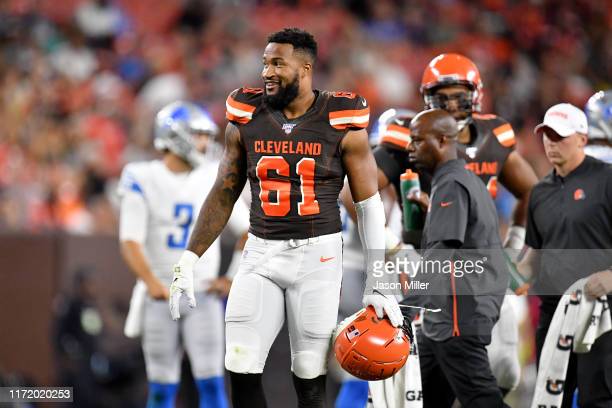 The Pittsburgh Steelers are looking to add more pass rush help to their roster. According to a Wednesday morning tweet by ESPN’s Jeremy Fowler, the team is bringing in three players for workouts today: Wyatt Ray, Ifeadi Odenigbo, and Trent Harris.

The Steelers are working out several pass rushers, per sources – Wyatt Ray, Ifeadi Odenigbo and Trent Harris. Pittsburgh should have a roster spot open after a release last week and could sign one of these three.

Pittsburgh has an open spot on its 90-man roster after releasing rookie DL Trevon Mason yesterday.

Ray, 25, has appeared in 19 games and owns two career sacks. He spent last season with the Cincinnati Bengals, notching one sack in the season finale against the Cleveland Browns. Undrafted out of Boston College in 2019, he weighed in at 6032, 257 pounds at the Combine and put up poor testing overall, running a 4.83 40 with a 7.34 three-cone. He picked up nine sacks his senior season but fell out of the drafted and signed with the Cleveland Browns. If signed, the Steelers would become his seventh team.

Odenigbo, 28, is an older and more decorated player. He picked up seven sacks in 2019 as a member of the Minnesota Vikings, following that up with 3.5 in 2020 as a 15-game starter. He spent last season as a reserve with the Cleveland Browns, appearing in nine games but not recording a sack. He had three QB hits.

Harris, 26, has been a backup for the New York Giants the past two years. Since 2021, he’s appeared in just eight games and logged a half-sack. In 2019, he started three games for the Miami Dolphins and finished the year with 22 tackles and 1.5 sacks.

The Steelers appear poised to add to their EDGE depth behind TJ Watt and Alex Highsmith. Veteran Genard Avery was signed to a cheap one-year deal this offseason while Derrek Tuszka returns as a special teamer. But it’s clear Omar Khan’s first order of business from a roster standpoint is to add more pass rushing depth and help. One of those players is likely to sign with an announcement probably coming later this afternoon.