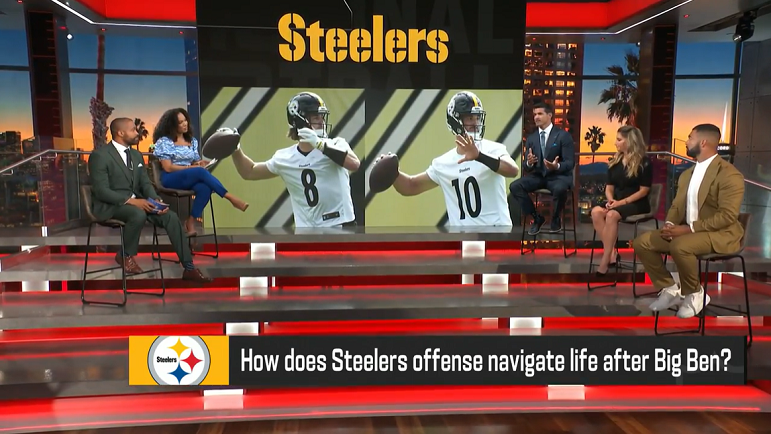 If history has shown us anything at this point in the tenure of Mike Tomlin as the Pittsburgh Steelers’ head coach, regardless of who is available or on the roster throughout the season, the Steelers are going to be competing for a playoff spot.

Of course, people tend to deny that history overall at this point in the offseason with the prevailing belief that the Steelers are going to go into the tank and miss the playoffs entirely after losing Ben Roethlisberger to retirement and undergoing significant changes on the roster and in the front office.

Tomlin remains though, and has a strong coaching staff around him with some seriously intriguing talent on the roster, which should again have them in the playoff picture.

Former NFL quarterback and current NFL Network analyst David Carr is very bullish on the Steelers this year, stating on NFL Network’s Total Access Wednesday night that Tomlin and the Steelers will put together a playoff run in 2022, as they’re in a better situation now under center with the competition of Mitch Trubisky and Kenny Pickett than they were last year with an aging Ben Roethlisberger.

“The Steelers aren’t Ben Roethlisberger’s team anymore. This is gonna be a team…honestly…Mike Tomlin is gonna put together a playoff team,” Carr said on Total Access Wednesday, according to video via NFL.com. “The quarterbacks, it’s been a revolving door there, even when Ben was there. Sometimes he was in and out of the lineup and they still found a way to win games. So I’m not nervous about his defense and what they’re gonna put together. These guys, these quarterbacks is where it’s at, really.

“Hopefully, Mitchell [Trubisky] is the starting quarterback and they don’t have to worry about it for a while, but I think they’re in a better situation, honestly, right now than they were last year with an aging Ben Roethlisberger,” Carr added.

It might be hard to fathom the Steelers being better now than they were last season with Roethlisberger, but it might end up being very true. We won’t know until the actual games start and we get a look at the revamped offense, but based on everything that’s come out this offseason regarding the offense, the unit was severely handicapped last season with an aging Roethlisberger in a system that didn’t suit him well under offensive coordinator Matt Canada.

Now, with Trubisky and rookie first-round draft pick Kenny Pickett in the fold, the Steelers appear in a much better place schematically offensively under center with two big, mobile quarterbacks that fit well into Canada’s philosophy.

As Carr states, if the quarterback — who ever wins the job — can stay on the field, take care of the football and limit mistakes overall, there’s plenty of firepower in the run game and on defense to lead the Steelers to the playoffs under Tomlin. If that ends up being the case in 2022, it shouldn’t come as much of a surprise to many.