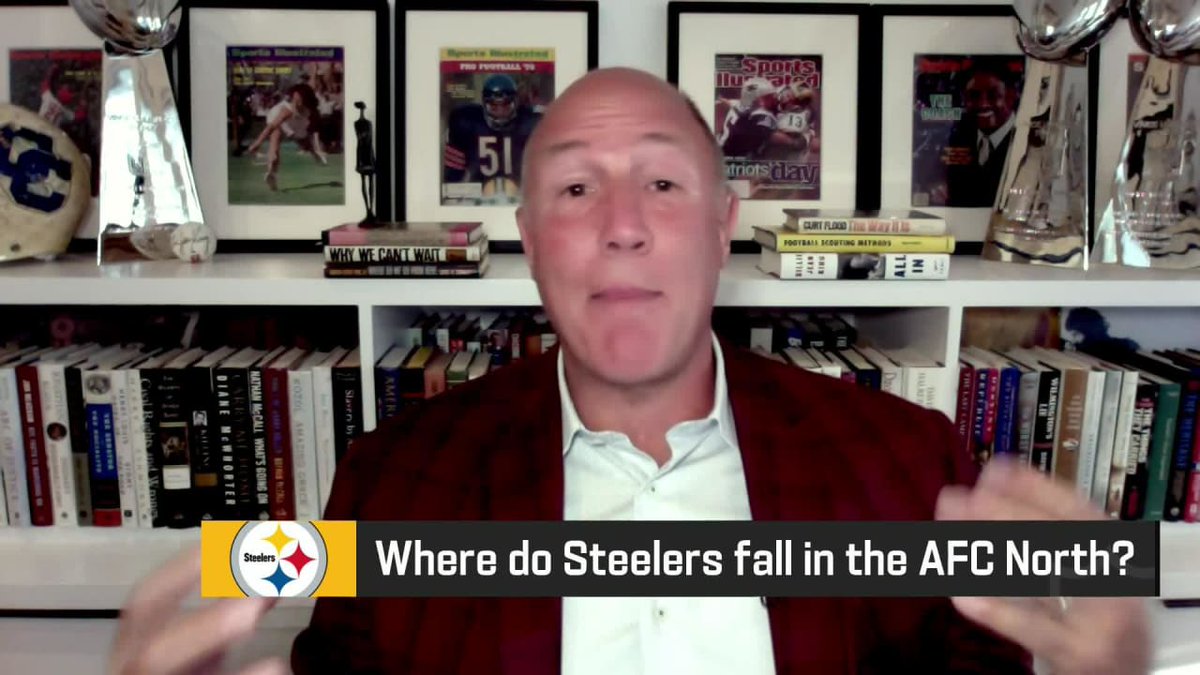 In years past, the Pittsburgh Steelers — especially under head coach Mike Tomlin — have been knocked for the coaching staff built in the Steel City.

Historically, the Steelers have a rather small coaching staff overall, and rarely spend the big bucks to bring in or retain high-level assistant coaches, instead aiming to pay a head coach top dollar or spend that money on the actual football roster.

That’s not quite the case heading into the 2022 season though, as the Steelers have some rather big names on the coaching staff, according to former New England Patriots and Kansas City Chiefs executive Scott Pioli, who now works for NFL Network. Appearing on a recent segment of NFL Total Access, Pioli stated that he believes the Steelers have two top coaching candidates on staff this season, which should help the Steelers win a lot of football games in 2022.

“…Mike Tomlin just set an NFL record last year that a lot of people aren’t aware of. It was his 15th season since he started, and he had 15 straight seasons without a losing record, which is incredible. Again, an NFL record,” Pioli said on NFL Total Access, according to video via NFL.com. “And this year he’s going to have to try to do without Ben Roethlisberger. That’s going to be the challenge. It’s either going to be Mitch Trubisky or Kenny Pickett. The thing to me that’s gonna be the key for the Pittsburgh Steelers this year is as they figure out who that quarterback is.

“As Mike Tomlin does that and leads his team as he does so well, the defense is now gonna be led by Teryl Austin, the new defensive coordinator who’s been there, but also Brian Flores,” Pioli added. “Those two coaches are fantastic coaches. I believe that their coaching staff is stacked. Those two guys, Teryl Austin and Brian Flores, to me, are two of the top head coaching candidates coming into this season as we go to next season. So to me, it’s going to be about the coaching and I think the Steelers are gonna be just fine.”

When’s the last time anyone ever said that about the Steelers’ coaching staff? That sure is a shot of optimism right there in the middle of the summer.

Flores, despite suing the league for discrimination in its head coaching hiring practices, will remain a hot commodity for a head coaching job in 2023, or at the very least a defensive coordinator job in the NFL. The Steelers were fortunate to be in a position to scoop him up under Tomlin following his firing by the Dolphins and subsequent legal action against the league after missing out on the New York Giants’ job.

Now, Flores is in town working with the linebackers and overseeing the defense alongside Tomlin and Austin — who was promoted to defensive coordinator following Keith Butler’s retirement — giving the Steelers three tremendous defensive minds with which to work with on that side of the football.

With strong a strong season on the defensive side of the football, Austin and Flores should find themselves in head coaching rumors once again, which would do wonders for the Tomlin coaching tree debate, though it would hurt the Steelers to lose one or both in the same offseason.