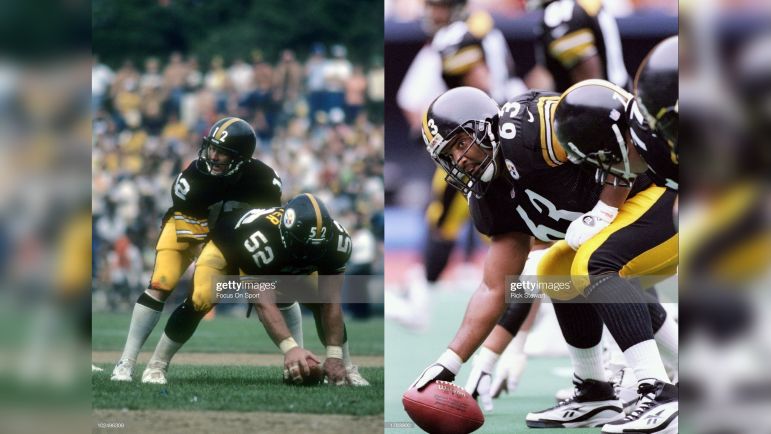 The Pittsburgh Steelers have a superb case for having the richest history of offensive line play at the center position in the history of the National Football League. It helps that they have two centers enshrined in the Pro Football Hall of Fame, with a possible third at some point on later down the road in Maurkice Pouncey. You can throw in names like Ray Mansfield and Jeff Hartings as well, for that matter.

But when you talk about football excellence at center, two of the names that you’re immediately drawn to are Mike Webster and Dermontti Dawson, and, remarkably, they started on the same offensive line together during the 1988 season—though, shockingly, not simultaneously at center.

Drafted in the second round in 1988, Dawson started at guard (where he played in college and throughout his football career) as a rookie, with Webster as his center that year before he would move on to Kansas City. He recently sat down with Stan Savran to talk about his Steelers legacy, and he admitted that he didn’t necessarily learn all that much from Webster that year about playing center—except by watching.

“Mike wasn’t able to give me any tips to help me out with the center position”, he said, “but just kind of watching Mike in practice and the way he prepared in the weight room, in the film room—and then I would ask Mike, ‘Why do you write down every word a coach is saying?’. . .He said he wanted to make sure that he had it engrained in his brain so he didn’t have to think about it”.

Webster was already a decade and a half into his career when Dawson came along. He held the Steelers record for the most games ever played in team history until just recently, when Ben Roethlisberger finally surpassed him. Yet he was still taking notes, religiously.

“What better [example]? You’ve got to learn from the best, and Mike was one of the best ever to play the game”, Dawson said of learning from Webster by observation. “Why not try to emulate him, the things he did, as far as preparation and training? I think it benefited a lot of linemen that kind of followed Mike”.

Remarkably, Dawson never even played center before arriving at the NFL level, yet he quickly developed into a Hall-of-Fame-caliber one, and even played a key role, along with Dwight Stephenson, in expanding the repertoire of what it was believed the center position could do.

But that journey started with a year of watching one of the best to ever do it. Now, he wasn’t waiting his turn (he did start five of eight games played as a rookie, at guard), but he surely profited greatly from that opportunity to see Webster not just play but also prepare as a center for a year before he was asked to do it himself.